The single bottle from Clifton Bottling Works has an applied Baltimore loop seal top, which dates to 1885 to the early 1890s. Only a few specimens have been uncovered, indicating the bottling works was probably a short-lived, small operation. Its local significance comes from its name, Clifton, which was the name of the town at the Cliff Mine (1).

The Cliff Mine was the first productive copper mine in the Copper Country (1). After an unsuccessful exploration at Copper Harbor in 1844, attention turned to Cliff in 1845, where miners uncovered a 3,100-lb. mass of solid native copper about 70 ft into the cliff (1). This discovery confirmed that copper riches did in fact exist in the Keweenaw (1), and the Copper Country was born. Numerous other mines soon followed, scattered from near the tip of the Keweenaw Peninsula down south to the Ontonagon region. At the Cliff Mine, 38 million pounds of copper were extracted between 1845 and 1885 from shafts cut into solid rock (2).

Curiously though, the bottle does not state that the bottling works was located in Clifton. Instead of a town name, it states KEWEENAW CO. as its location. The breakthrough came with the discovery of an announcement of its closing in the Phoenix section of The Calumet and Red Jacket News (7). The bottling works was located in Phoenix and M. Sullivan was its proprietor. It closed in Jan 1891 and the bottles, boxes, etc. were sold to Foley & Smith in Eagle Harbor. Mike Sullivan (9) was brother to Daniel Sullivan, who was proprietor of the Commercial House in Phoenix (8,5). Shortly after closing the bottling works, Mike became a dispenser of beer for Foley & Smith (8). It seems he moved to Eagle Harbor (11), but then returned to the Commercial House by Sep 1891 (9).

The bottling works was probably located at the Commercial House. The Commercial House had a saloon, which Dan Sullivan purchased, with plans to take possession on 01 Jul 1889 (10). Given the likely connection to a saloon, sale to Foley & Smith, the beer-type bottle, and the bottling works name, Mike Sullivan was probably a beer agent that bottled someone else's beer. We have yet to discover the brewery that manufactured the beer. 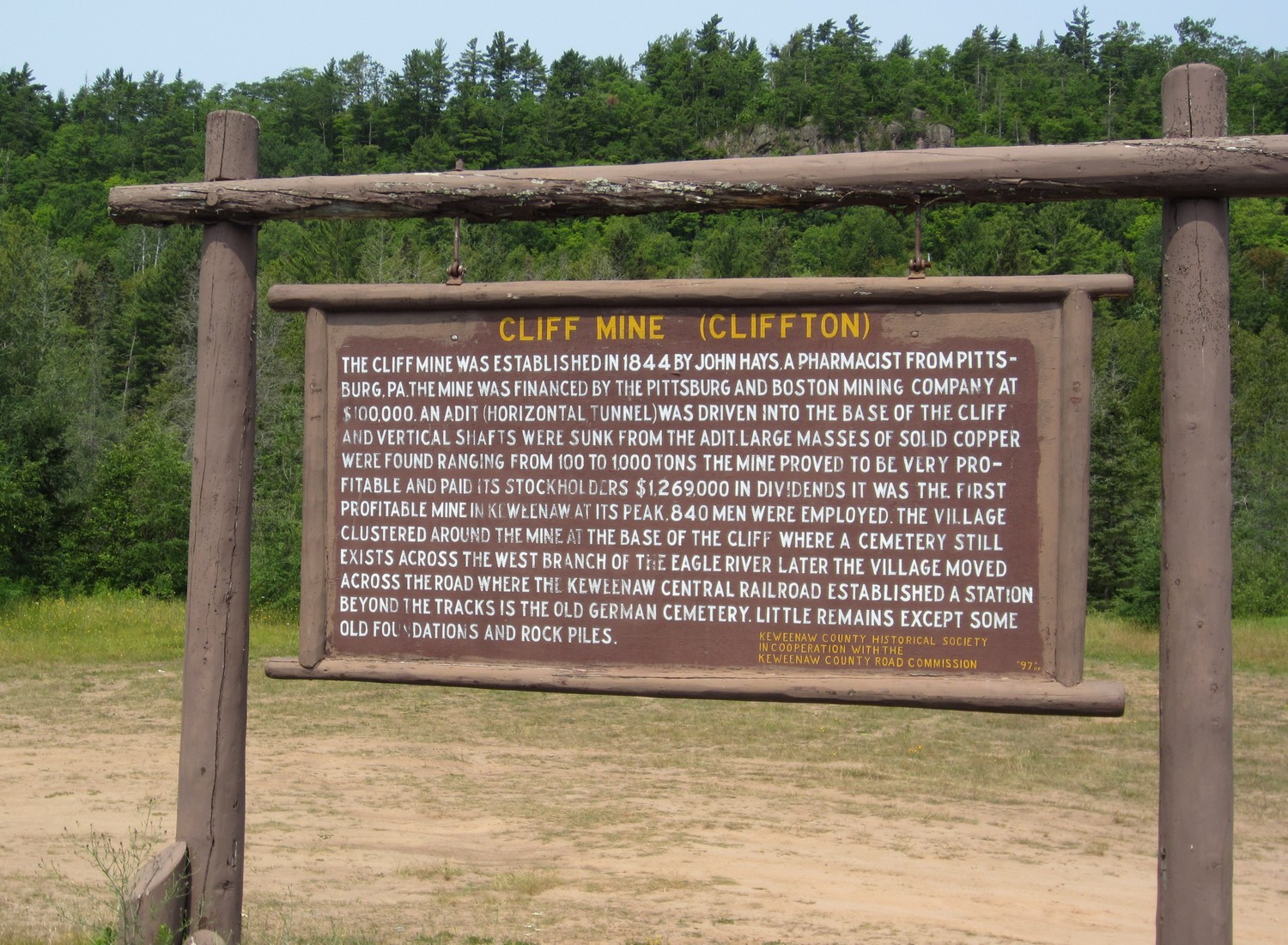 The bottle today invokes a sense of awe for its connection to the mining history of the Keweenaw. All that remains at Cliff today are ruins of rock foundations that once supported vast wooden buildings, a rock chimney, two cemeteries, poor rock piles, and scattered stamp sands from the milling process. What used to be a logged and cleared landscape for mining operations, housing, and farms has now returned to forest. We are left with this one bottle that bears its name, and the stories of life in the pioneer days of the Copper Country.