Today, Eagle Harbor is a picturesque, small town on a natural harbor of Lake Superior visited by tourists for its scenic beauty and historical sites, including a lighthouse and a general store. The general store is known by bottle collectors as the home of the Foley & Smith beer bottles, the only Copper Country bottles from Eagle Harbor. Eagle Harbor was settled in the 1840s and served as a port for nearby copper mines and shelter for ships seeking protection from Lake Superior storms (1,2). 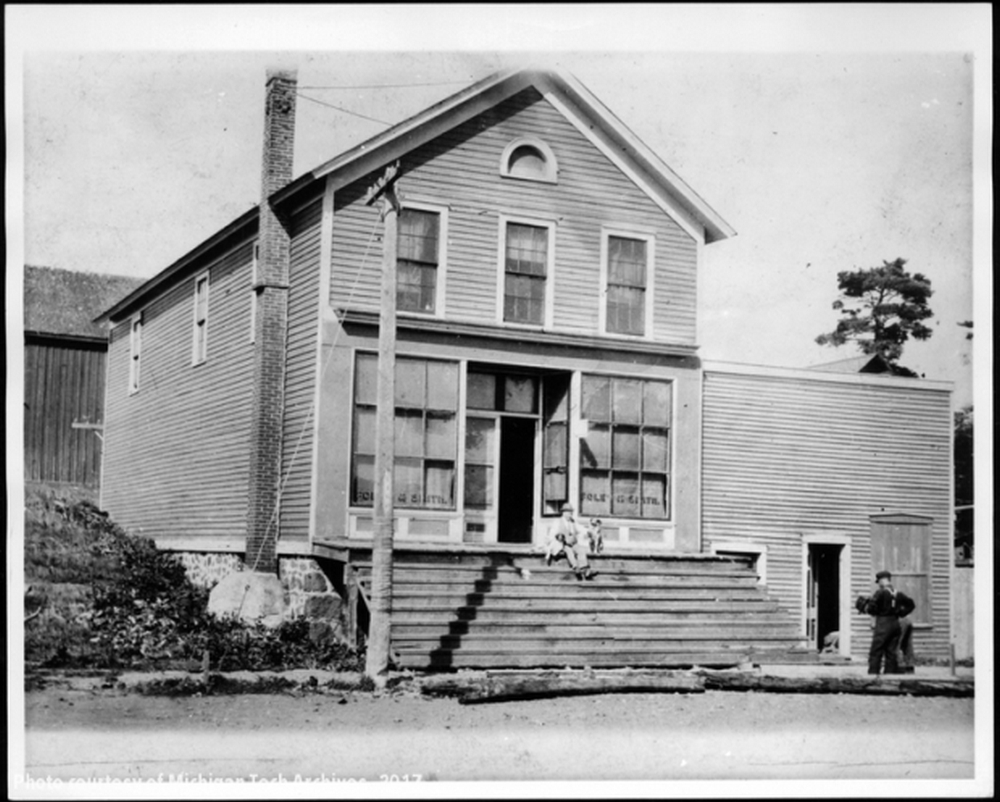 The history of Foley & Smith starts with their fathers, who were pioneers of the Copper Country and founders of the general store. The Foley brothers consisted of Michael, John, and Martin (2,3). They were born in Ireland and immigrated to America, with Michael and John arriving in 1848 and Martin arriving in 1851 (2,4). After spending three years on Isle Royale (15), John started a liquor business in Eagle Harbor in 1854, and then engaged in the meat market (2). In 1857, they established a general mercantile store in Houghton, which was managed by Michael and Martin (2). In 1858, Michael Smith, also an immigrant from Ireland, who arrived in America in 1854, bought interest in the Foley brothers, and they formed Foley Bros. & Co. (2). Their general store in Eagle Harbor was established in 1861 (5), but it is unclear if it was an expansion of John's early liquor and meat business or if it was a new establishment. They also established a store in Red Jacket in 1874, which Martin managed and resided in (2). The 1875 Polk directory listed their three general stores under the name, Foley Bros. & Co. (6).

The Houghton store was lost to fire in 1875 (2). John Foley and Michael Smith sold the Eagle Harbor store to their sons in 1885, who then called it the Foley & Smith General Store (5). The firm name also changed to Foley & Smith for the Red Jacket store (10), which lasted until 1888 (14). The 1907 directory identified the sons as Robert Foley and John Smith (7), and the 1897 and 1907 directories list their business as a general store and saloon. (7,8). It was during their time as owners that they sold beer in bottles embossed with their names. These bottles date to about 1890 to 1895.

Paul Foley of Mohawk provided information on the store for the bottle book, Old Copper Country Bottles. Foley & Smith were not brewers. They were agents, as stated on bottle #108, who bottled beer purchased from the Bosch Brewing Co. in Lake Linden. The beer was, for the most part, transported by horse-drawn wagon in 31-gallon barrels to Eagle Harbor. In the basement of the store, they transferred the beer to their bottles, and presumably, sold them in their saloon. They continued to distribute Bosch beer for many years after 1895, but evidently, not in their own embossed bottles.

The Bosch Brewing Co. listed Eagle Harbor as one of their branch or storehouse locations (9), and we identify the branch as being the Foley & Smith store. Ownership of the store changed over the years (1) and the store became known as the Eagle Harbor General Store (5). It operated until 2004 and today is a museum (5).

The Foley & Smith beer bottles are not the pioneer beer bottles used in late-1870s and 1880s, but they are highly prized and eagerly sought after just the same because they relate to and represent such a fascinating part of Copper Country history. Having one in your collection adds a special connection to Eagle Harbor and Keweenaw County history.