Union Brewery was one of the earliest breweries in the Copper Country. The brewery was established in 1857 (1) by William Alt (7) in the hamlet of Adam two miles west of Houghton (1) on the Portage Canal. William's surname has been spelled as "Ault" (3,7,17), but "Alt" is the correct spelling based on Michigan State directories (8,18), IRS Tax Assessments (19), and his death record (12). The 1859 directory listed William Alt as a brewer and liquor dealer in Houghton (8). 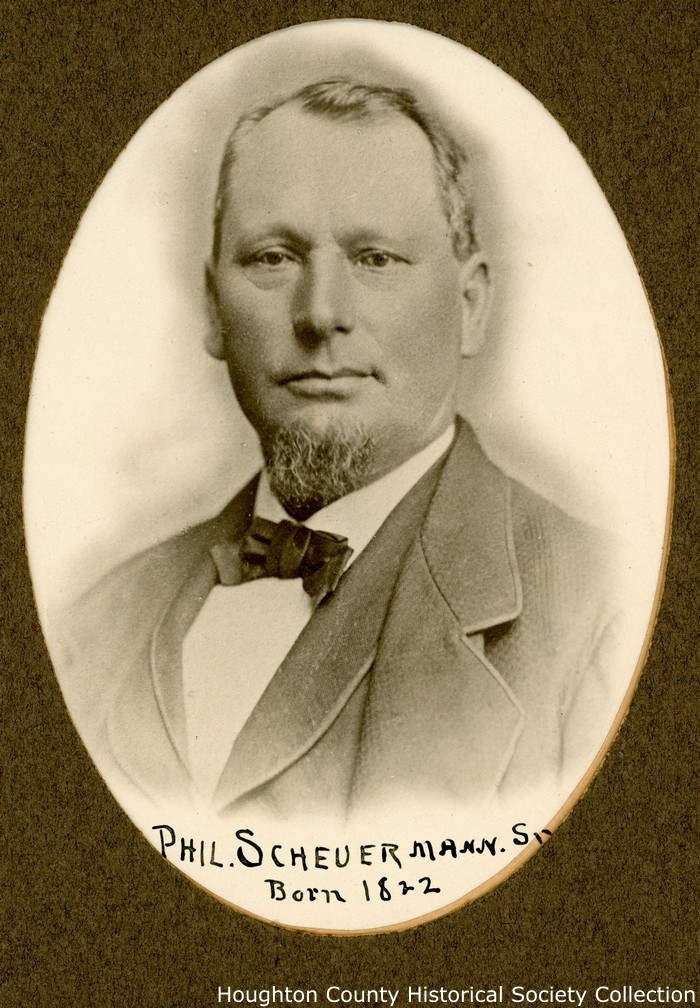 Philip Scheuermann was born in Bavaria, Germany on 16 Sep 1822 (16). He apprenticed in the carpentry and mill-wright trade and worked as a journeyman (1). He immigrated to Copper Falls in 1850, built the mill for the Copper Falls Mining Company, and remained there for about five years (1). He then went to Missouri where he built and operated a saw mill for five years (1). He returned to the Copper Country in 1859 and built the Quincy Stamp Mill on Portage Lake near Hancock in 1860, and became its superintendent (1).

Frank Mayworm died on 7 Oct 1872 at the age of 47 from typhoid fever (12). In 1875 (1,5,21,24), Scheuermann purchased the interests of Mayworm's widow (7) and Youngman, and rebuilt the brewery, which increased production to 5,000 barrels per year (1). Production and sale in 1877 was 4,231 barrels (28). Scheuermann began bottling his beer around 1879-80, as indicated by the bottles, as did many brewers across the country at this time following the advent of pasteurization. He continued to use the Union Brewery name as indicated by the ads and the bottles.

In Jan 1888, five enormous beer casks, no less than five feet in length, arrived from Milwaukee (30). In 1890, the brewery replaced its vats with new vats having a total capacity of 1,000 barrels, which then increased the brewery capacity to 10,000 barrels (29).

The business was incorporated on 01 Jan 1895 with Phil Scheuermann as president, his daughter, Anna as vice-president, and his son, Philip Jr. as secretary and treasurer (7). The capital of $50,000 was divided into 5,000 shares at $10 each (31). It was the point of incorporation that the Union Brewery would thereafter do business as the Phil. Scheuermann Brewing Co. (31), and we see this name change reflected on the bottles. However, a Jun 1893 ad used "Phil. Scheuermann Brewing Co." and the newspapers continued to refer to "Union Brewery" (32,34).

The location embossed on the bottles changed from Portage Lake to Hancock to Houghton County to Houghton, and then to Hancock. The reasoning behind this succession of locations is intriguing, especially when the brewery was clearly located in Houghton. "Portage Lake" was not a town name, but "Portage Lake district" was used to describe the location of the mines in the Houghton/Hancock area in the 1863 Michigan State Gazetteer and Business Directory (6). Even in the late 1890s, articles in The Copper Country Evening News used "Portage Lake" to refer to the towns of Houghton and Hancock. The Holland directory for 1887-8 listed Phil Scheuermann in the Hancock (not Houghton) directory and noted that the Union Brewery office was located at the Quincy Mill where Phil Scheuermann was superintendent (5). Scheuermann was also a resident of Hancock (5). Thus, the use of Hancock as the location seems to have been based on the office location, not the brewery location. 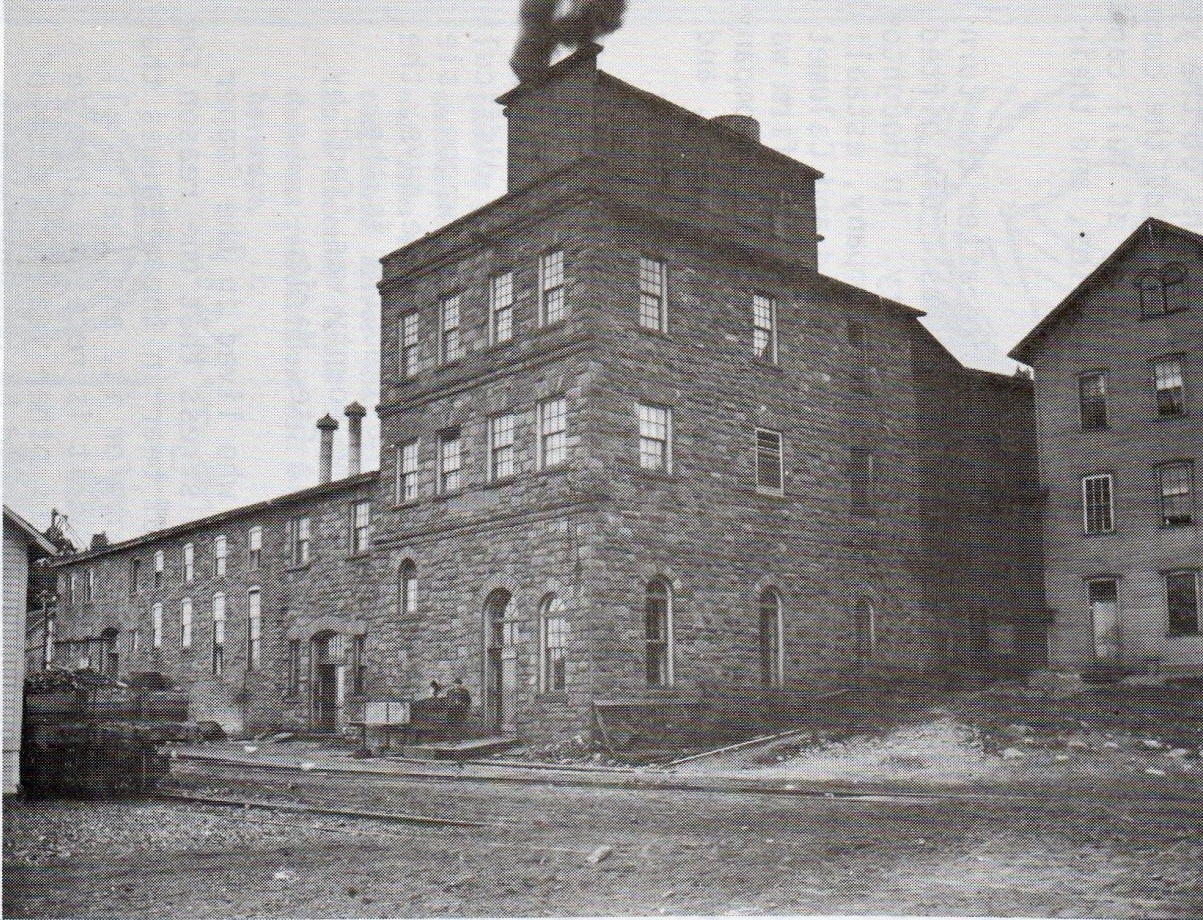 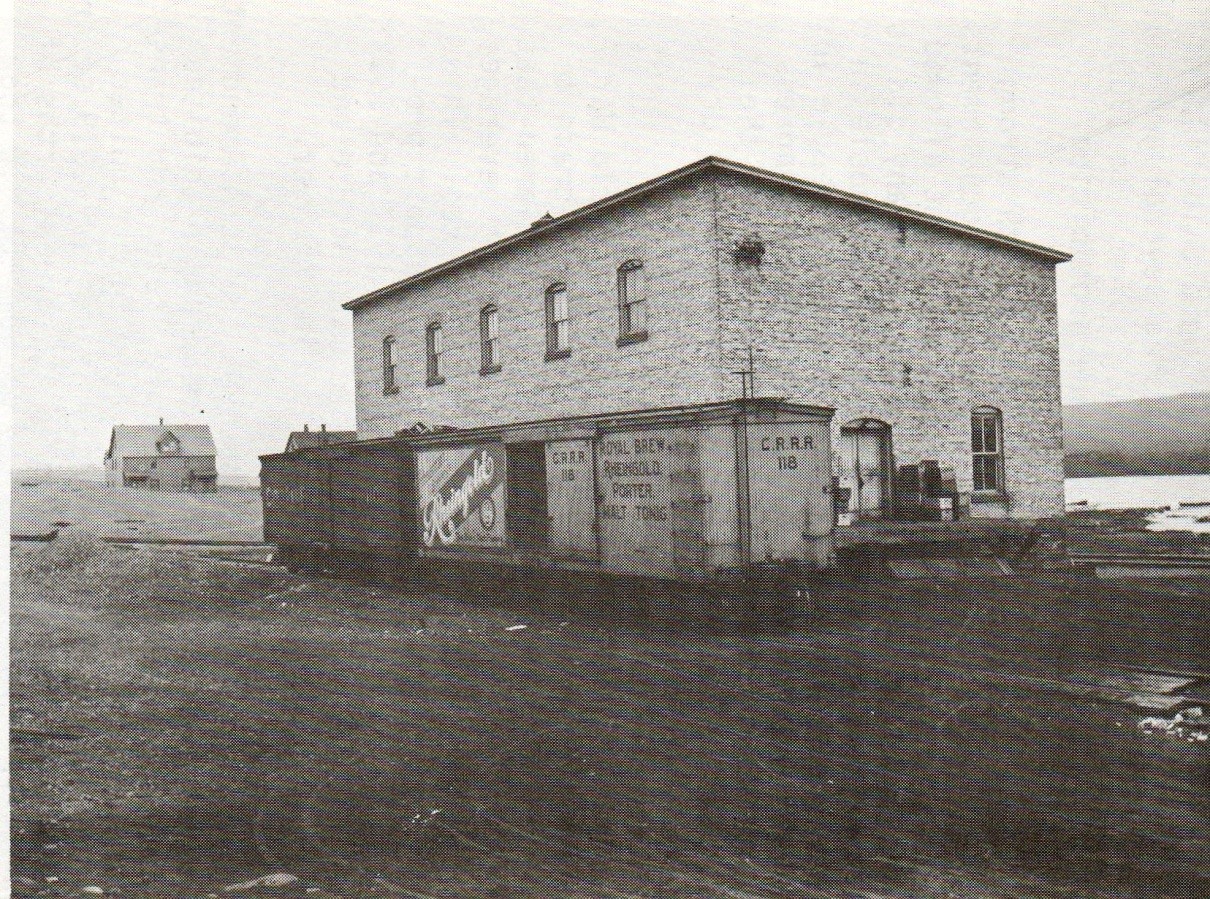 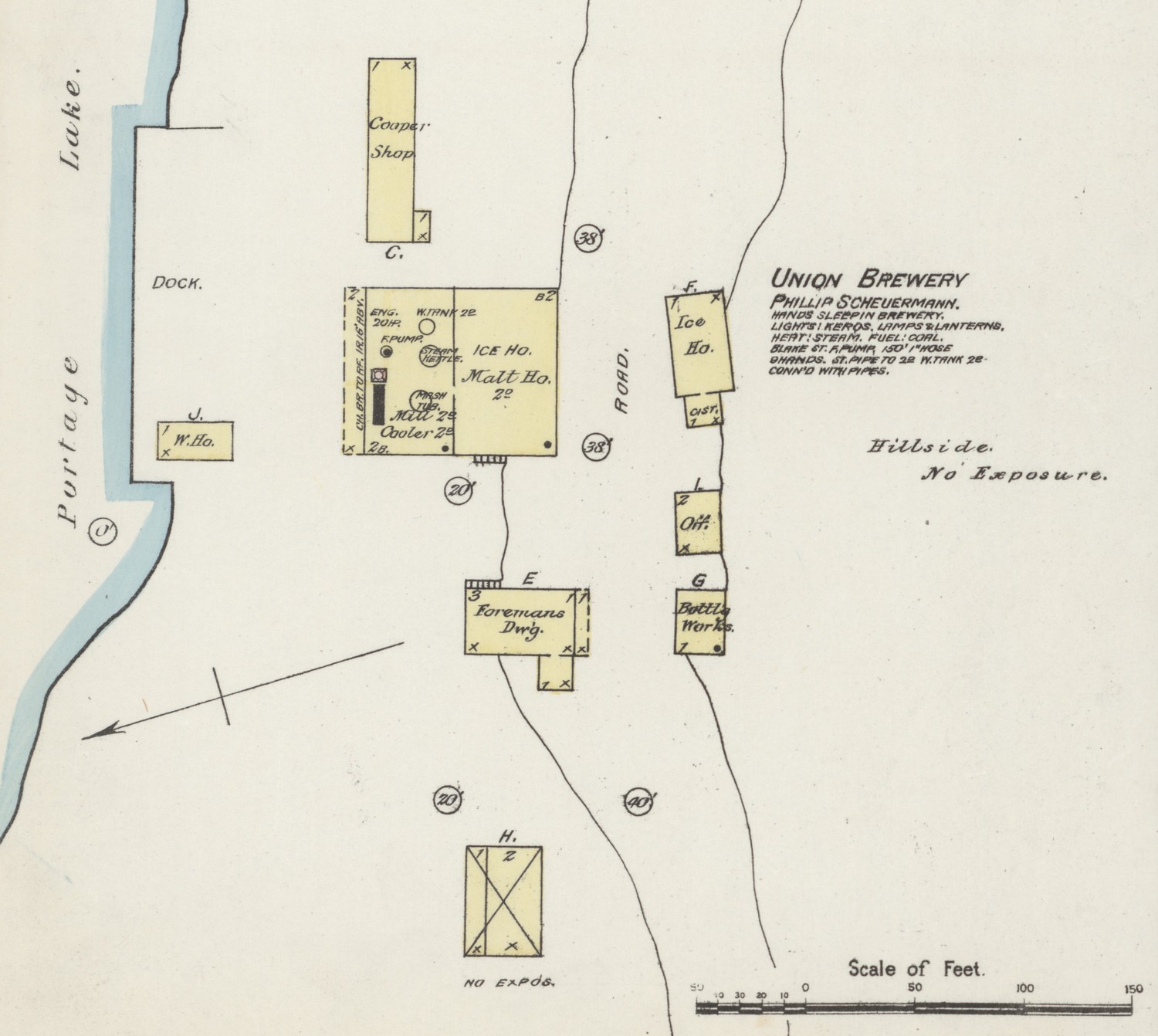 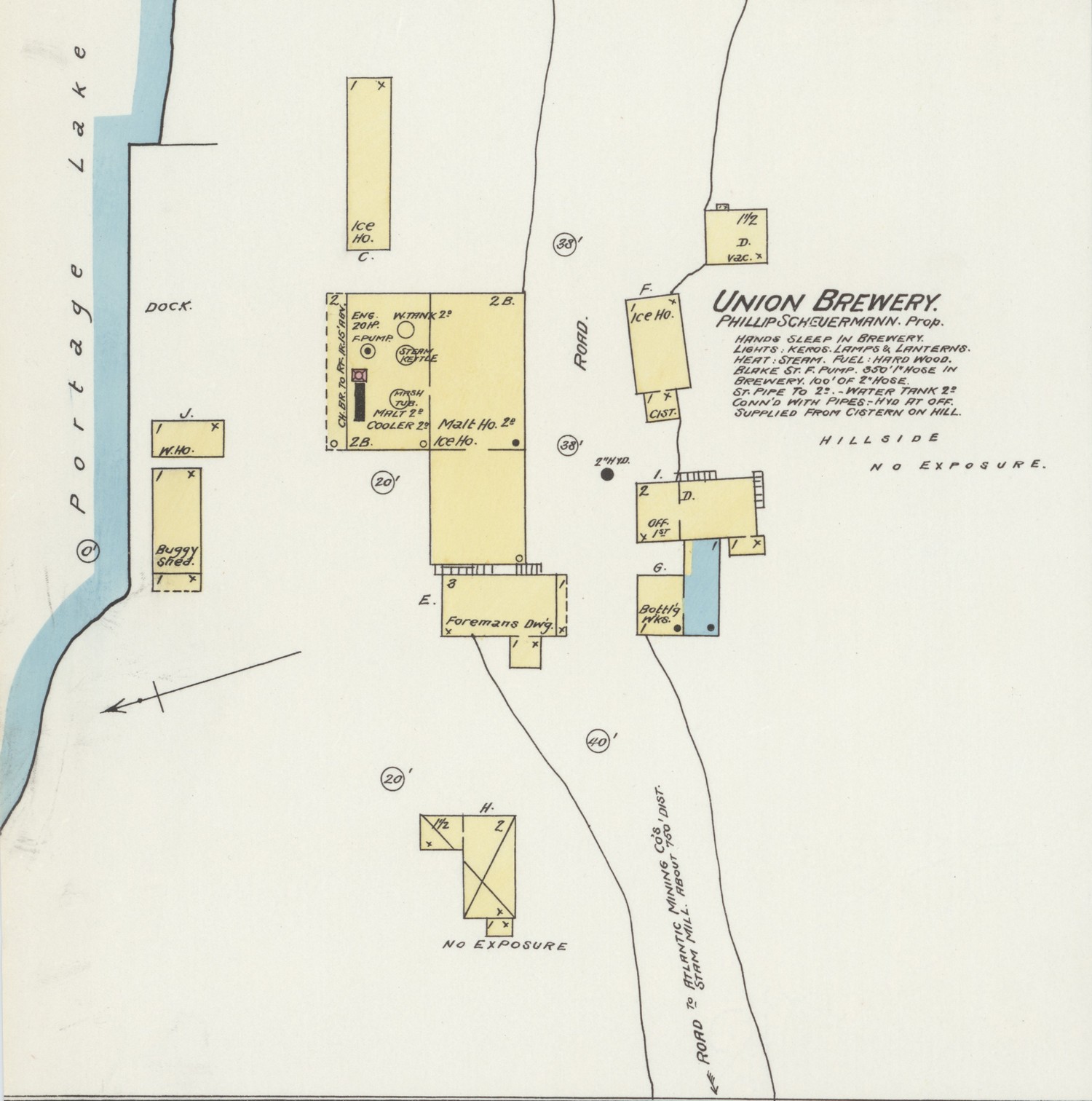 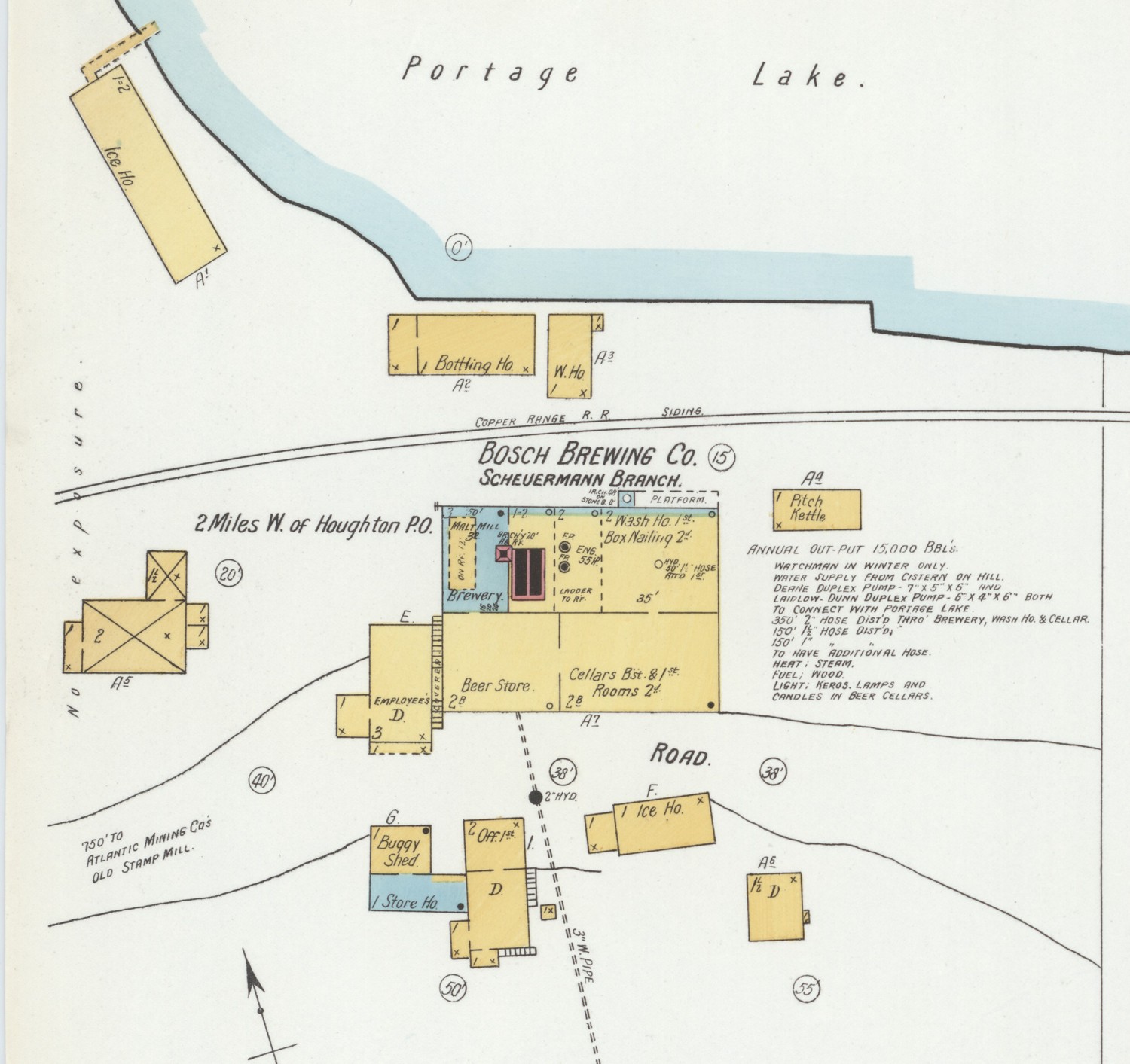 In Jun 1899, work commenced to improve the Scheuermann plant, which Bosch contemplated when he acquired control (35). When finished, it was expected that the plant would be almost entirely new. A new main building would enclose the present main building, and be divided into a racking room, wash house, machine room, boiler room, and brewhouse. New machinery would be installed piece by piece so not to interrupt current operations. It was estimated that the plant would be able to produce 50,000 barrels annually. The brewery had 12 employees in 1904 (26) and a peak of 25 in 1909 (27).

When Prohibition hit Michigan in 1918, operations ceased. After the repeal of Prohibition, Bosch opened the Bosch Brewing Co. at the Scheuermann plant, and ceased brewing in Lake Linden altogether (4). The Scheuermann name passed into brewing history, but the Union Brewery and Scheuermann names continue to provide bottle collectors with wonderful old glass artifacts more than 150 years after the brewery was established. 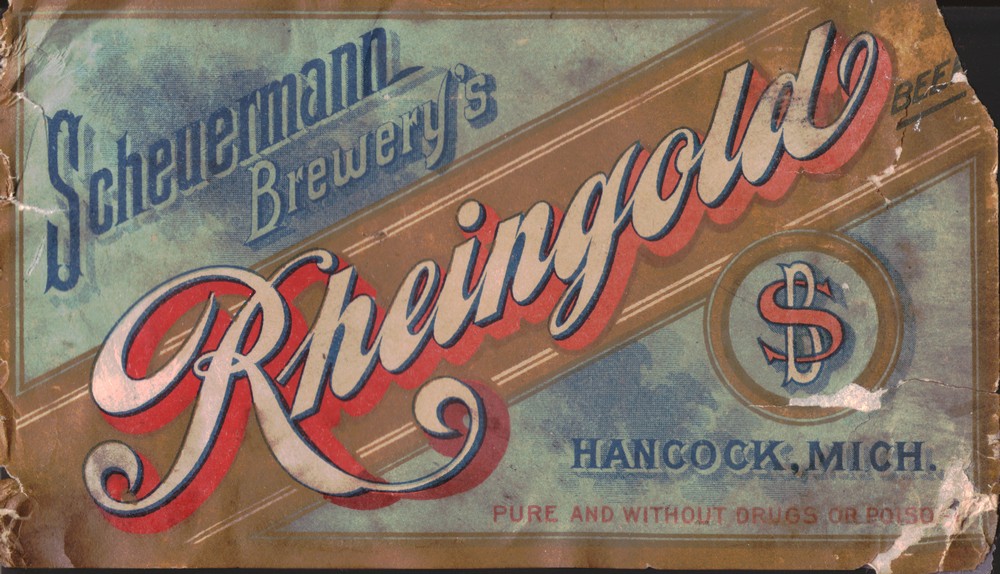 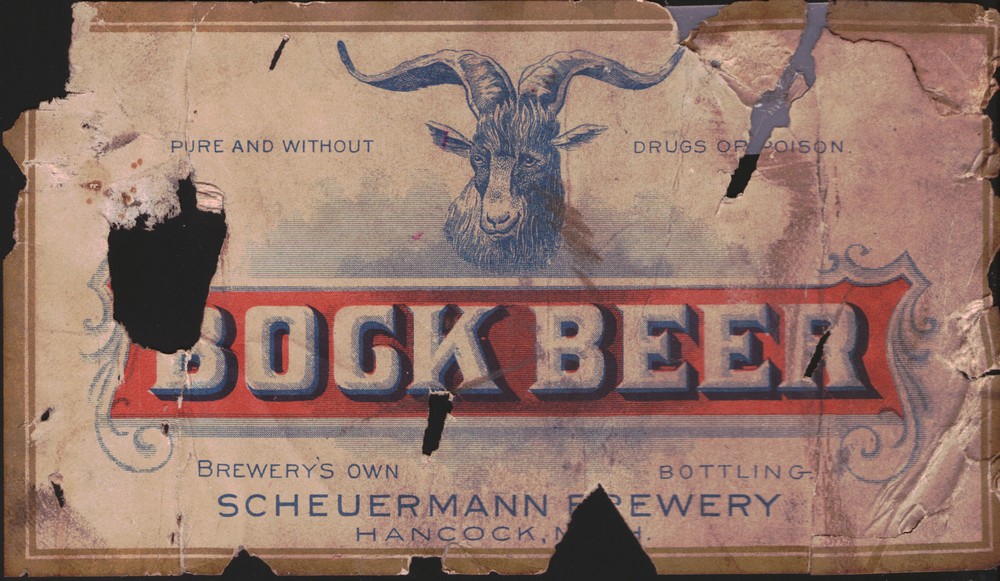 maker's mark: (none)
other marks: REGISTERED (below plate), THIS BOTTLE NOT TO BE SOLD (base)
date: early 1900s
rarity: ?

capacity: quart
color: amber
top: Balitmore loop seal - tooled
maker's mark: A B Co (back heel)
other marks: THIS BOTTLE NOT TO BE SOLD (base)
date: 1906-1912
rarity: common

capacity: pint
color: amber
top: crown top - tooled
maker's mark: (none)
other marks: REGISTERED (below plate), THIS BOTTLE NOT TO BE SOLD (base)
date: 1912
rarity: common