The bottles exhibit four embossing designs, suggesting a succession in what has been assumed to be one bottling works.

Historical records confirm this was in fact one bottling works, but operated by two firms. 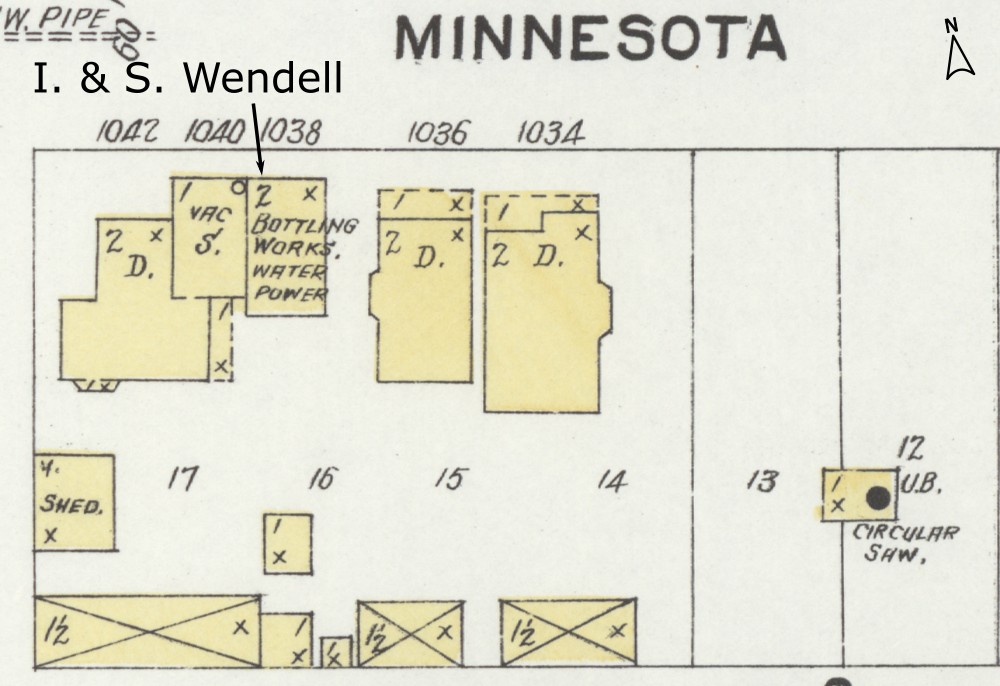 A notice in The Calumet News from Dec 1910 stated, "Wendell & Luoma will shortly open a new pop factory at 1040 Minnesota Street." (7). Given the same address, this was not a new pop factory but instead a new firm running the factory. The next directory available to us, the 1916 directory, listed Superior Bottling Works with Jacob Wendell and John Luoma as proprietors at 1038-1040 Minnesota St. (8). The next two series of bottles bear the SUPERIOR BOTTLING WORKS name, with or without the names of the new proprietors. The series with the proprietor names extent to at least one ABM bottle, so we can place it last in the sequence. It is unknown when the bottling works closed, but they were not listed in the 1921 directory (10).

Both the bottles and business directories show different surname spellings. At first, it seemed that one was a misspelling, but it turns out, even genealogical records show different surname spellings. This occurrence, as well has having multiple people with the same names, made it difficult to track their ancestry. Yet we have pieced together the records in order to resolve their family relations.

Isaac's death was announced in The Calumet News (9). The article stated that he was a member of Superior Bottling Works, which confirms this was the correct Isaac Wendell. It stated that Isaac was a pioneer Finnish resident of Hancock, and was better known as "Isaac Wendell Ojala". He died at the age of about 65 on the same day of the article, 13 Oct 1913. His death certificate stated his name as "Isaac Vendelin 'Ojala'" (11). We determined this was the same person based on him having the same death date and his place of death was 1040 Minnesota St., the residence address specified in the directory. It stated that he was born in Dec 1847, died at the age of 64, and was buried in Lakeside Cemetery, Hancock. The 1900 U.S. Federal Census listed "Isaac Ojala", who immigrated in 1898, resided at Suomi College in Hancock, and worked there as a janitor (12). His age and birth date match those of Isaac Wendell, and residing at the college matches the 1901 directory listing.