Matthew Northey was a prominent soda/mineral water bottler in the Houghton/Hancock area. His bottling works operated for about 11 years prior to 1900.

Matthew Northey was born on 08 Nov 1846 (5) in Cornwall, England (1). His obituary stated that he immigrated to the U.S. in 1867, came to the Copper Country in 1870 and stayed for three years, lived in California for about three years, moved to Red Jacket, and then moved to Houghton in 1877 (11). The 1880 U.S. Federal Census placed Matthew in Houghton, where he worked in the sheriff department with his older brother, Henry, who was the jailer and sheriff (13). Although Matthew was in Houghton, he and his younger brother, William ran a saloon in Calumet as the Northey Bros. in the late 1870s (13,2). The Northey Bros. then partnered with Joseph James as pop manufacturers in Calumet (3,4) (see N. & J.).

The 1887 Holland directory listed Matt Northey as a manufacturer of mineral water, etc. at 309 Dodge St., Houghton (5), but we could not find this address on the 1888 Sanborn map. The 1895 Polk directory described the location as on the east side of Dodge St., between Montezuma St. and Albion St. (6). Interestingly, the Sanborn maps show this location to be the old Hahn brewery, which A. Haas purchased. 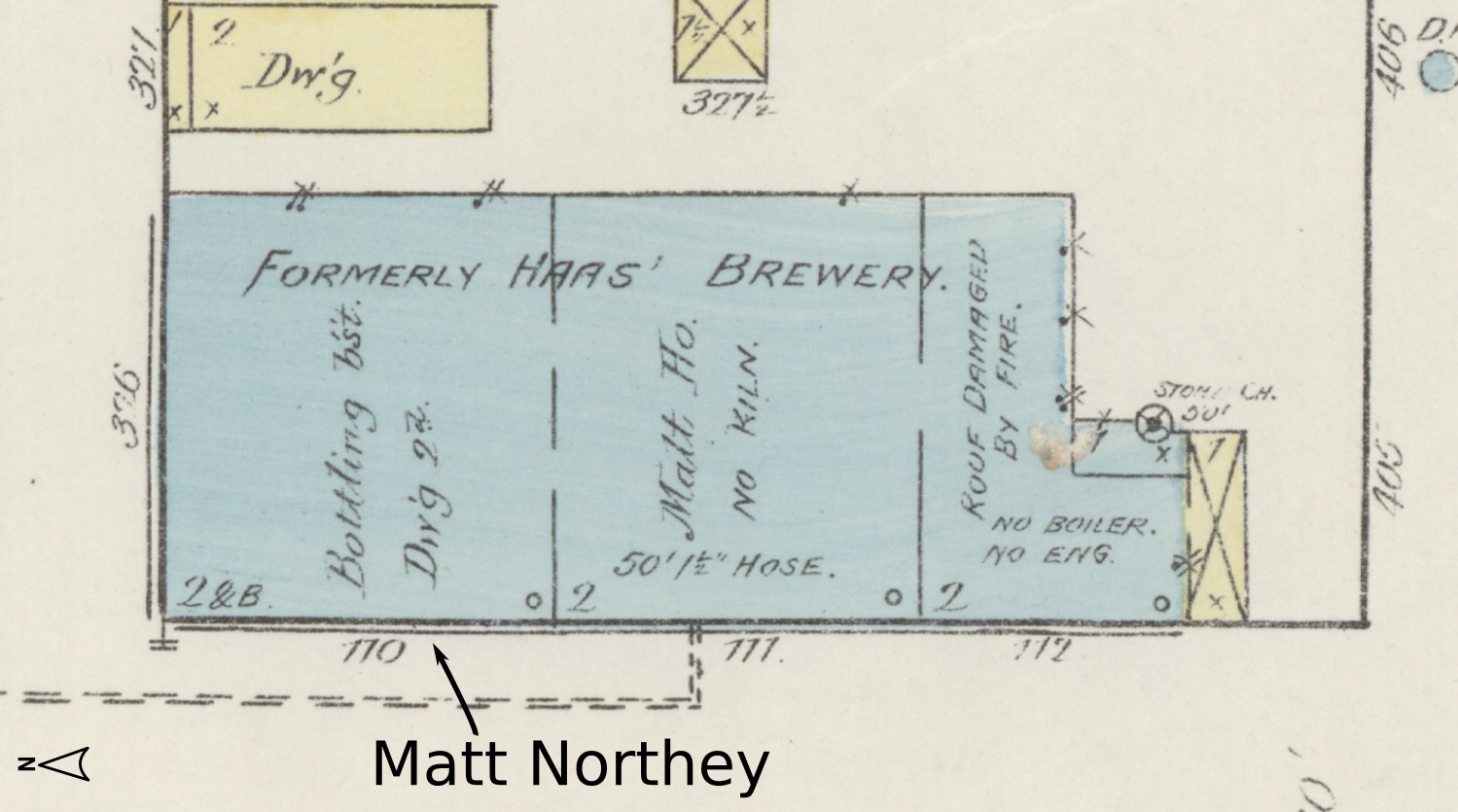 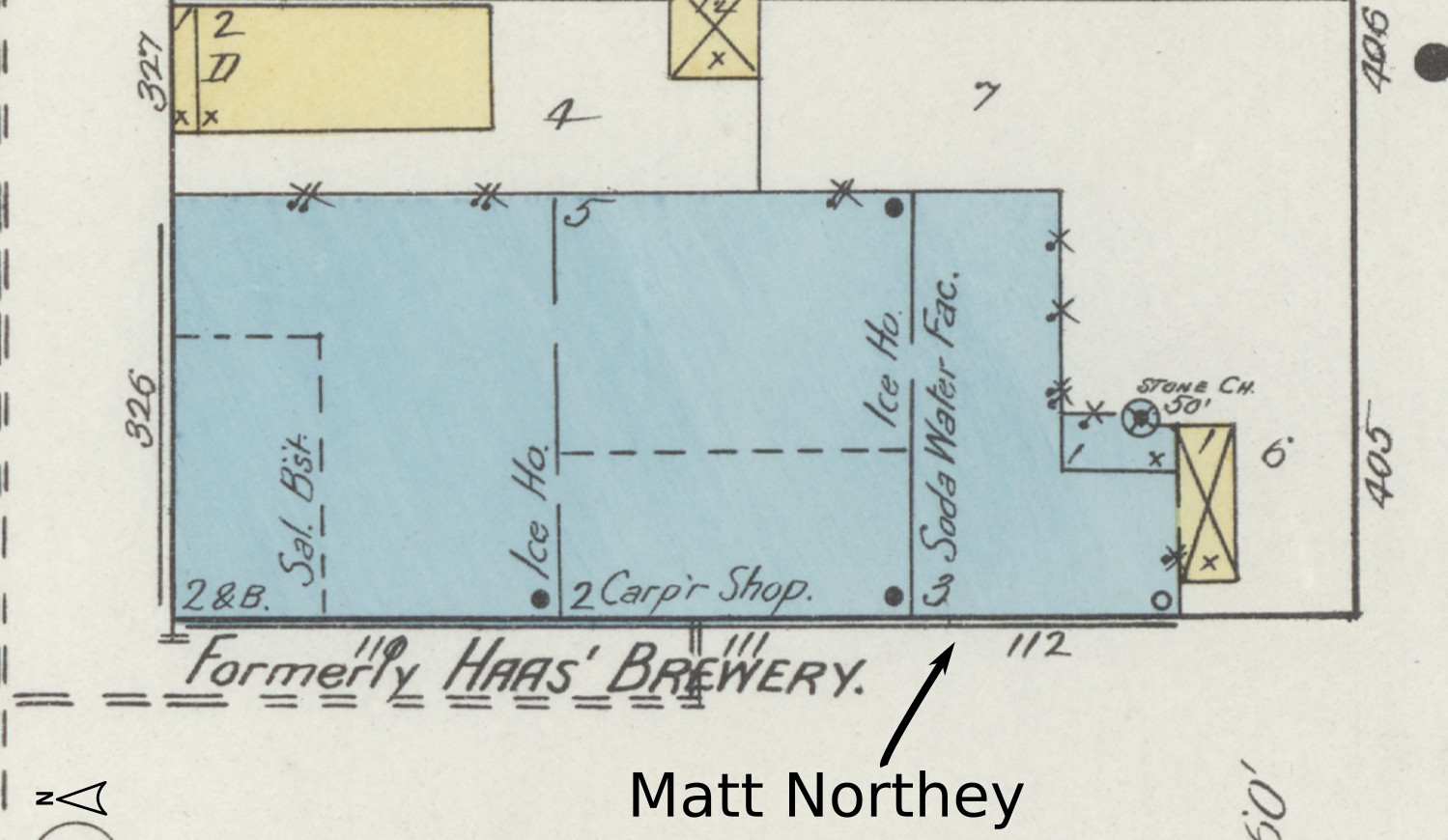 The 1895 directory stated the name of the bottling works as Houghton Bottling Works (6). Since this name only appeared in this volume, it is unknown if Matt used it throughout the duration of his business.

Matt was last listed as a soda water manufacturer in the 1897 directory (7), and then in Jan 1899, he sold the bottling works to Richard Hooper, who had been employed by Matt for a number of years (15). Richard Hooper was then listed in the 1899 directory for a bottling works at the same location (8). Matt died on 23 Aug 1905 in Hancock at the age of 58 (9) and was buried in Forest Hill Cemetery, Houghton (10).

Since Northey was listed in the 1887 Houghton directory (5) but not in the 1887 Michigan State directory (11), he probably started the bottling works in 1887. He then clearly gave up the business in Jan 1899. His first bottle (#5) has a blob top, but it was tooled, and the bottle shape is more like a Hutchinson bottle than a squat soda. Thus, it clearly dates later than the other blob top sodas from the Copper Country. He used mostly Hutchinson bottles but also had two crown-top bottles. His crown-top bottles were probably the earliest crown-top soda bottles of the Copper Country.