Richard Hooper was a soda/mineral water bottler in Houghton for about ten years. For most of this period, mostly in the early 1900s, he was the only bottler operating in Houghton.

Richard T. Hooper was born on 13 Oct 1870 in Houghton (1). His father was born in England and his mother was born in Michigan (2). He worked for Matt Northey for a number of years, and then in Jan 1899, he purchased Northey's bottling works (15). He was then listed as a soda water manufacturer in the 1899 Polk directory (4). The location was described as on the east side of Dodge St., two addresses (or units) south of Montezuma Ave. (4). This was the same location used to describe Matthew Northey's bottling works in the 1897 directory (3). The Sanborn map shows that they operated in the old Hahn brewery, which was purchased by A. Haas Brewing Co. (5). It is unknown how long Haas owned the building, but it was labeled as the former Haas Brewery on the 1888 Sanborn map. The building burned in Mar 1903 at a loss of $25,000 (6). Hooper's bottling works then moved to 87 Dodge St. by 1905 (7), however the Sanborn map labeled an adjacent building on Montezuma Ave. as the bottling works. 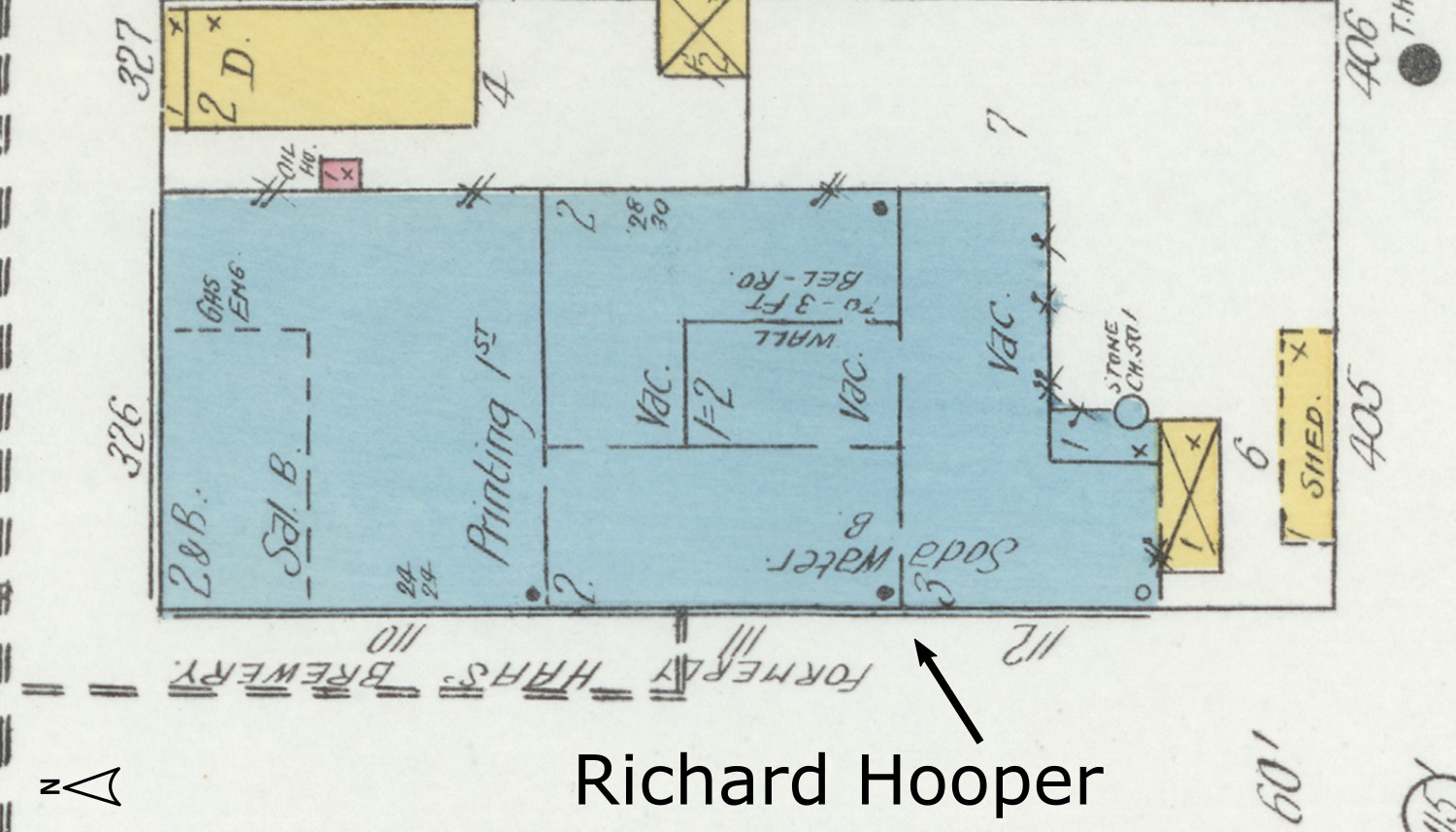 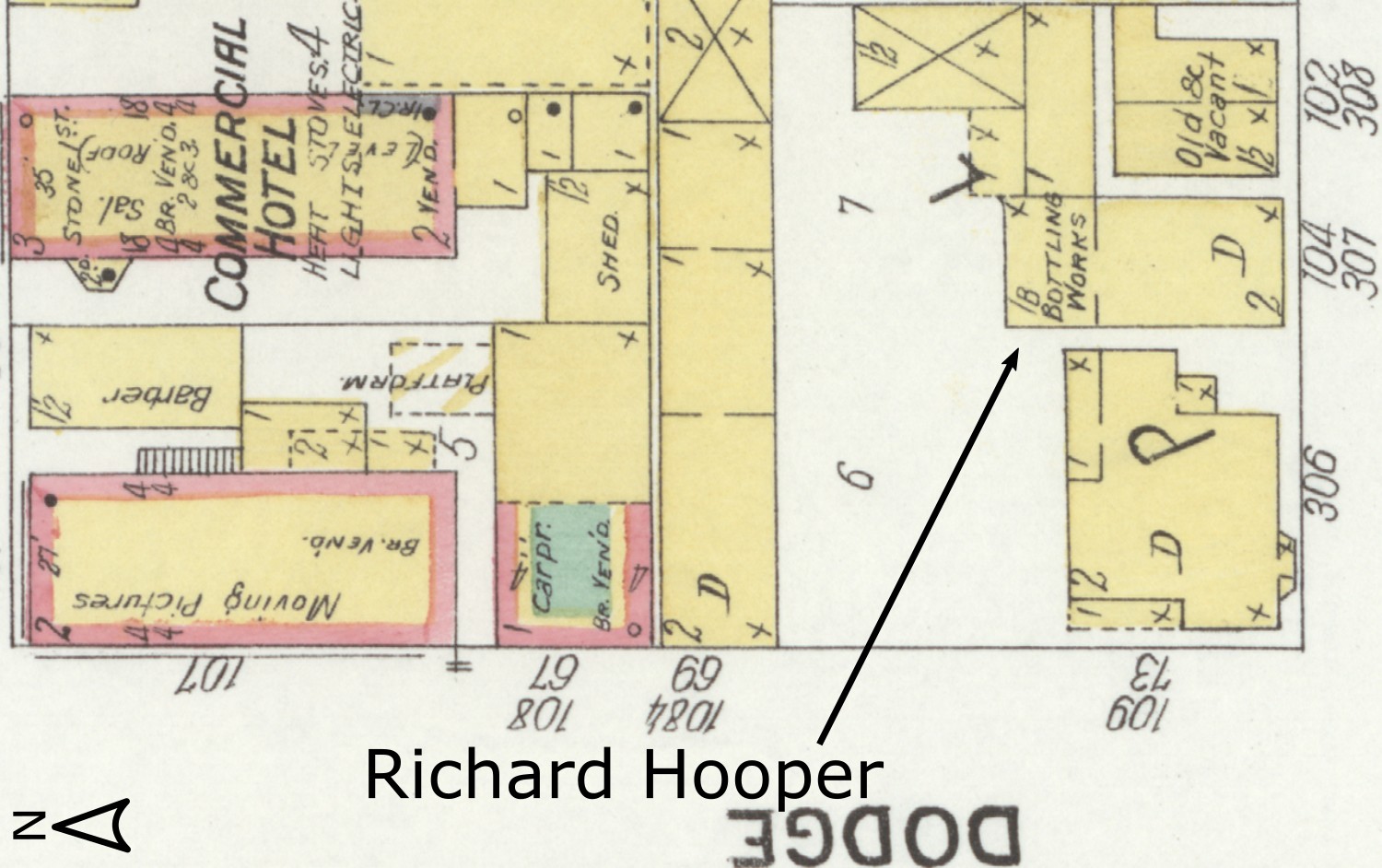 The 1905 and 1907 directories listed Richard Hooper as proprietor of Houghton Mineral Water Bottling Works (7,8). He had one bottle (#32) embossed with this name and his initials on the base. Since the Polk directories rarely published company names, especially in earlier volumes, it is unknown if Hooper used this name from the beginning or if he established it later. Michigan labor inspections recorded a Houghton Bottling Works with five employees in 1904 and 1906 (13,14). Despite the slight difference in name, this was probably Hooper's business. Matt Northey also used this name, but his business was last listed in 1897 and then he died in 1905. Cochran's bottling works later used this name, but apparently only after he sold it in 1922. Plus, Cochran was in Baraga until 1908. An ad from the 1903 directory specified that Cochran bottled more than just mineral water (11).