Clarence J. Monette and G. Walton Smith authored COR-AGO: A Lake Linden Medicine Company as the first book of a Local History Series (1). We summarize the history of this company mainly from their book.

The COR-AGO Co. was a proprietary medicine company. Reverend Bordas explained the history and impetus of the company (4):

My earliest recollections are associated with certain plants which were held in high esteem for their medicinal properties by the people among whom I passed my childhood and early manhood. Soon after being ordained as a priest of the Roman Catholic Church, I was transferred to the wilds of Northern Michigan. In those early days it frequently became necessary for me to combine the functions of a physician with my pastoral duties, it often being impossible to secure the services of a trained medical man. Under these circumstances, I provided myself with supplies of plants which I had learned to know so well in my native France, not being able to secure them in this country. It soon occurred to me (the expense of importation being so great) to attempt the propagation of the plant. To my unbounded surprise and pleasure I found that the climatic conditions and the peculiar soil of the wonderful copper country of Michigan were especially adapted to such propagation. 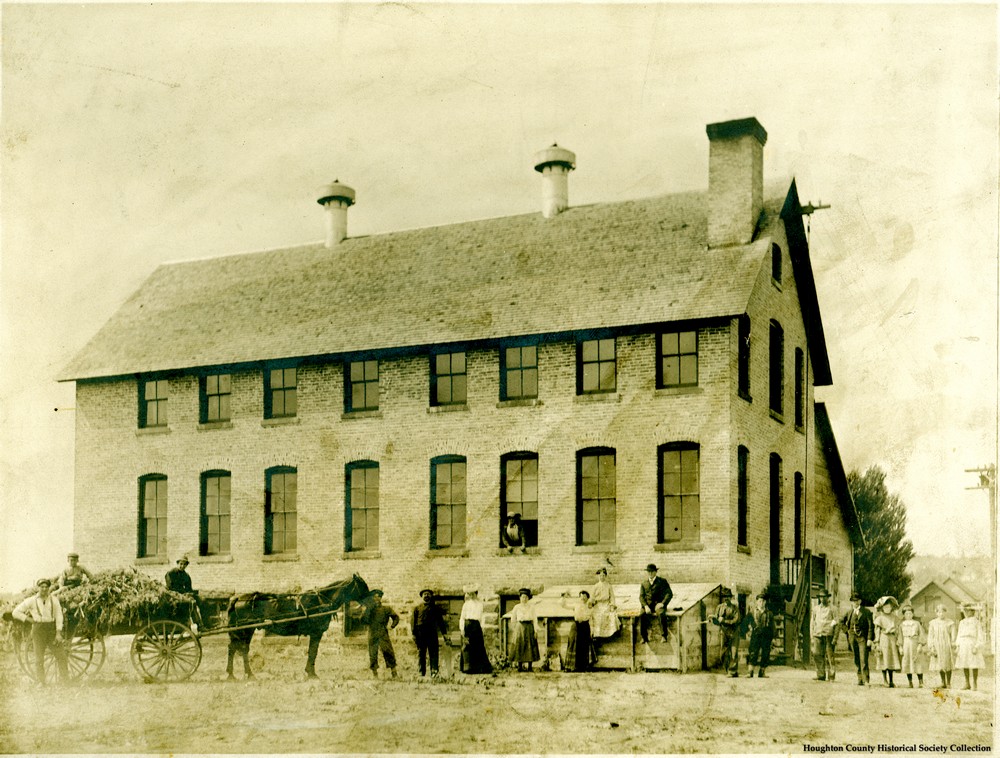 He further explained how the demand for the medicine outgrew his ability to supply it (1). He imparted his formula and experience of nearly 50 years to a company of gentlemen who will manufacture the medicine for the general public (1).

The COR-AGO company was incorporated on 18 Jul 1903 by Father Edward P. Bordas, a Catholic priest; Joseph Bosch, a brewer; Dr. George W. Orr, a physician; John E. Jones, a bank cashier; Norbert Sarazin, a real estate man; and John H. Wilson, editor and owner of the Torch Lake Times (1,3). The capital was $100,000 divided into 10,000 shares at $10 a share (2). Patents were secured in England and Canada and the trademark was registered for the U.S. (2).

The company was located in the northeastern part of Lake Linden, near the Traprock River (1). The first purchase of property was 20 acres (1,3), and was intended to house the factory and farm (3). The second purchase connected the 20 acres to the village streets (1). One acre was sown in fall 1903 as an experiment (4), and 20 acres were sown in spring 1904 (11). By Apr 1904, COR-AGO was on sale in drug stores and other local stores (5,6), presumably from production from before the company was formed. By May 1904, nearly 60 cases were sold in Lake Linden and Hubbell; and several cases in Hancock, Houghton, Laurium, and Calumet, as well as in Ontonagon, Marquette, Delta, Menominee, and Schoolcraft counties (7).

By Aug 1904, the new factory building was nearly complete and the first crop was in full bloom and awaiting harvest (8). The factory building was located between Adelaine St. and Cor-Ago St. (1). In Sep 1904, the company was drying the plant daily in an air tight room heated by a kiln to 160 degrees (9). Sufficient supply to produce a few hundred thousand bottles was already stored away (9). William Amundson, a chemist of 15 years, directed the preparation of Cor-Ago (9). The extract was cooked in a great copper cauldron to form a sticky brown liquid, which was then bottled at the plant without adding alcohol (1). The first batch of the company was bottled on 26 Sep 1904 (10). The factory had a capacity of 5,000 bottles per day (1). They expected to install a tableting machine within a few weeks, and also made arrangements to start manufacturing Cor-Ago salve (10). In Feb 1905, Chas. A. Pearce was hired as sales agent, and Cor-Ago laxatives was expected to be on the market by about Feb 15th (11).

COR-AGO was a vegetable blood purifier. A description included with the packaging stated (1):

We desire it to be particularly understood that COR-AGO is not a "cure-all," that is, that it does not cure every ailment that flesh is heir to, from consumption to toothache. We do claim, however, that it is an alterative, having a special action on the liver, bowels, heart and kidneys, the equal of which has never before been placed in the hands of the public. An alterative is a remedy which, by its action on the purifying organs of the body, removes the products of decomposing waste, which are the cause of the great majority of diseases. In addition to its tonic alterative properties COR-AGO has a peculiar action on the heart.

The company received many testimonials of the curative effects of COR-AGO (1). They received orders from as far away as New York, Maryland, Pennsylvania, Massachusetts, Kansas, and Illinois (1). It was stocked by local drug stores, including Nichols Drug Store, Eagle Drug Store, and Sodergren & Sodergren (1).

Fortune turned quickly, however. The company experienced a financial crisis and the board of directors released their chemist, William Amundson (1). The next batch made was a big double batch, which spoiled in preparation and was bottled during the absence of Bordas who was the elected president (1). Many people got sick and the batch was recalled by the company and the Houghton County Public Health Department (1). Unfortunately, the damage to their reputation was fatal. The company dissolved in 1906 (1). A year later, stockholders and officials made plans to re-start the business, but it did not happen (1).