The bottle book, Old Copper Country Bottles, featured two bottles embossed with HANCOCK POP CO. and one bottle embossed with LOUIS WOLFSKY. Since then, a Hancock Pop Co. bottle (#s13) was discovered with initials, L. W., linking the company name to Louis Wolfsky as the proprietor. This bottle remains as the only link between the two. The Polk directories listed Louis Wolfsky but not the Hancock Pop Co.

Louis Wolfsky was born on 05 Aug 1866 in Russia (1), and immigrated to the U.S. in 1880 (2). It is unknown when he arrived in the Copper Country. The 1901 directory listed him as manager of Dora Oshinsky's fruit and cigar store at 106 Quincy St. (3). The Sanborn maps show that the street was re-numbered between 1900 and 1907, and this address was located on the south side between Tezcuco St. and Reservation St. The 1903 and 1905 directories listed him as proprietor of the California Fruit Store at the same address (4,5), indicating that he purchased the store from Oshinsky. The listing stated that he was a manufacturer of high-grade ice cream and pop, and dealer in fruit, candy, cigars, and tobacco (4). It seems that the fruit store likely housed the Hancock Pop Co. 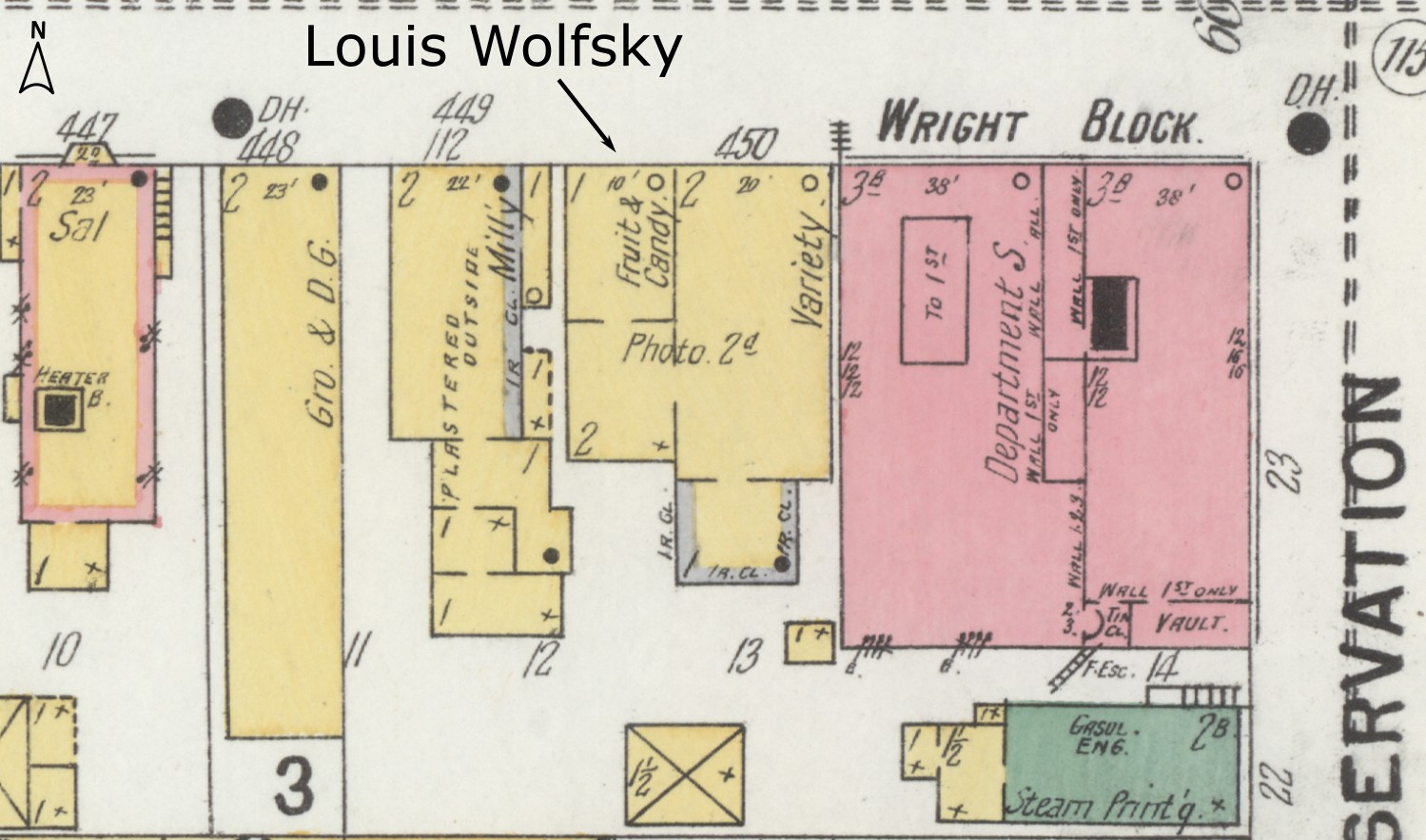 Even though Wolfsky started to manufacture pop by 1903, it is unclear when he started bottling. One bottle (#s13) bears the S B & G Co mark, which dates from 1881 to 1905 (15). Two bottles (#61 and 63) bear the AB ligature, which dates from 1905 to c.1909 (16). These maker's marks along with the Polk directory listings suggest that he likely bottled from about 1905 to 1909, although he could have started around 1903. One feature unique about the bottles is that he used "Pop Co." instead of "Bottling Work" in the company name. Pop arguably better matches the sale of ice cream and candy. In contrast, many bottling works sold mineral water, which was marketed as a healthful, even medicinal, beverage.