Similar to most druggists, Vastbinder & Read did not leave us with many embossed bottles, despite being in business together for about 17 years. They were pharmacists in the Copper Country before becoming proprietors of their own drug store.

Vastbinder & Read purchased the Macdonald drug store in May or Jun 1903 (22). They were first listed in the 1903 directory (4), and they maintained the 100 5th St. address (3). In May 1911, they moved to the southeast corner of Oak St. and 5th St. (5), which the 1912 directory specified as 220 5th St., Calumet (6). Upon the move, they installed new fixtures of early English oak with a green background, pyramid showcases with glass shelves, a fully equipped 25x23 ft prescription room, a new soda fountain, tungsten lights and electric fixtures, and a big cigar case (19,20). The Superior Pharmacy then opened a branch in the old location (5,13). 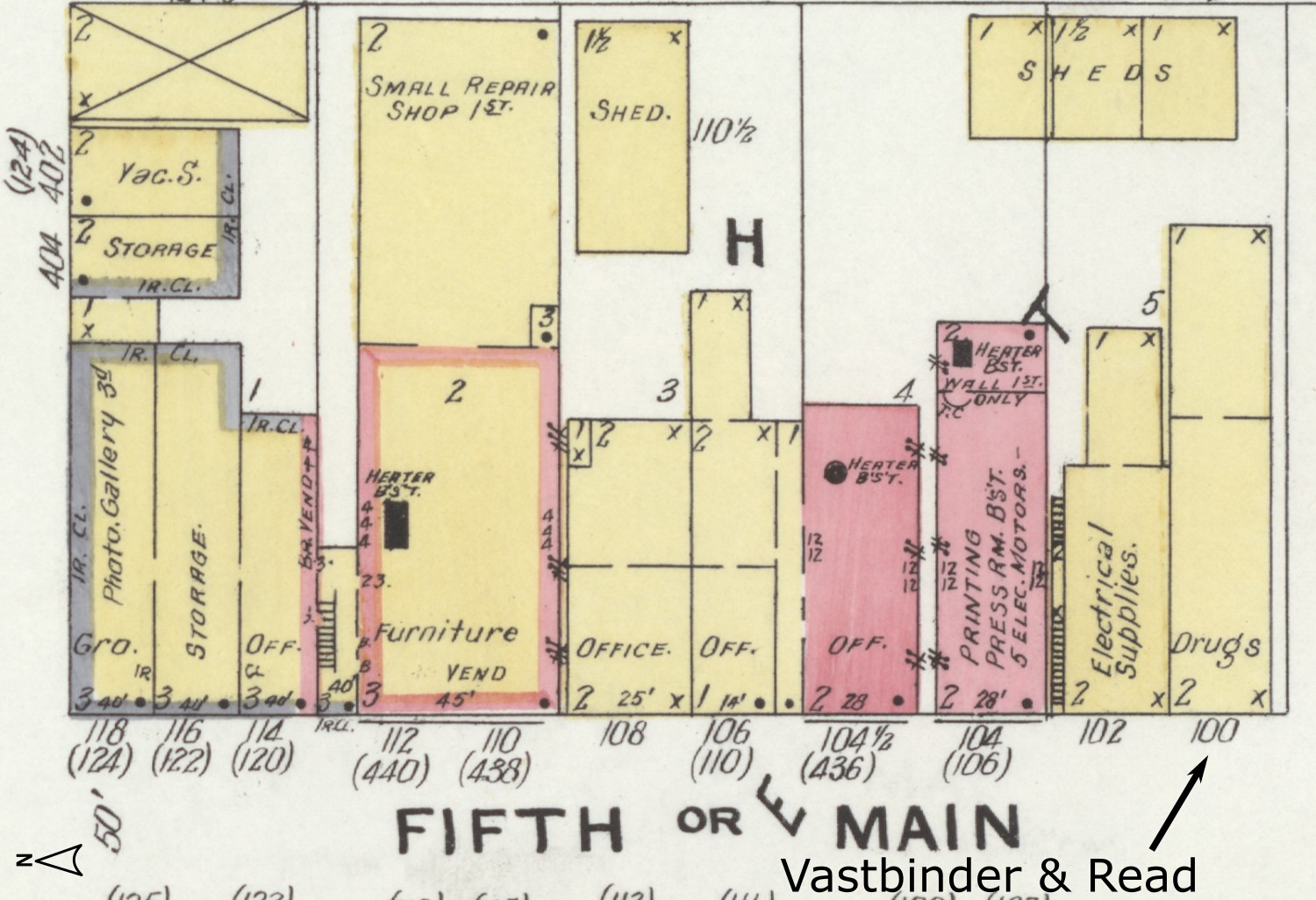 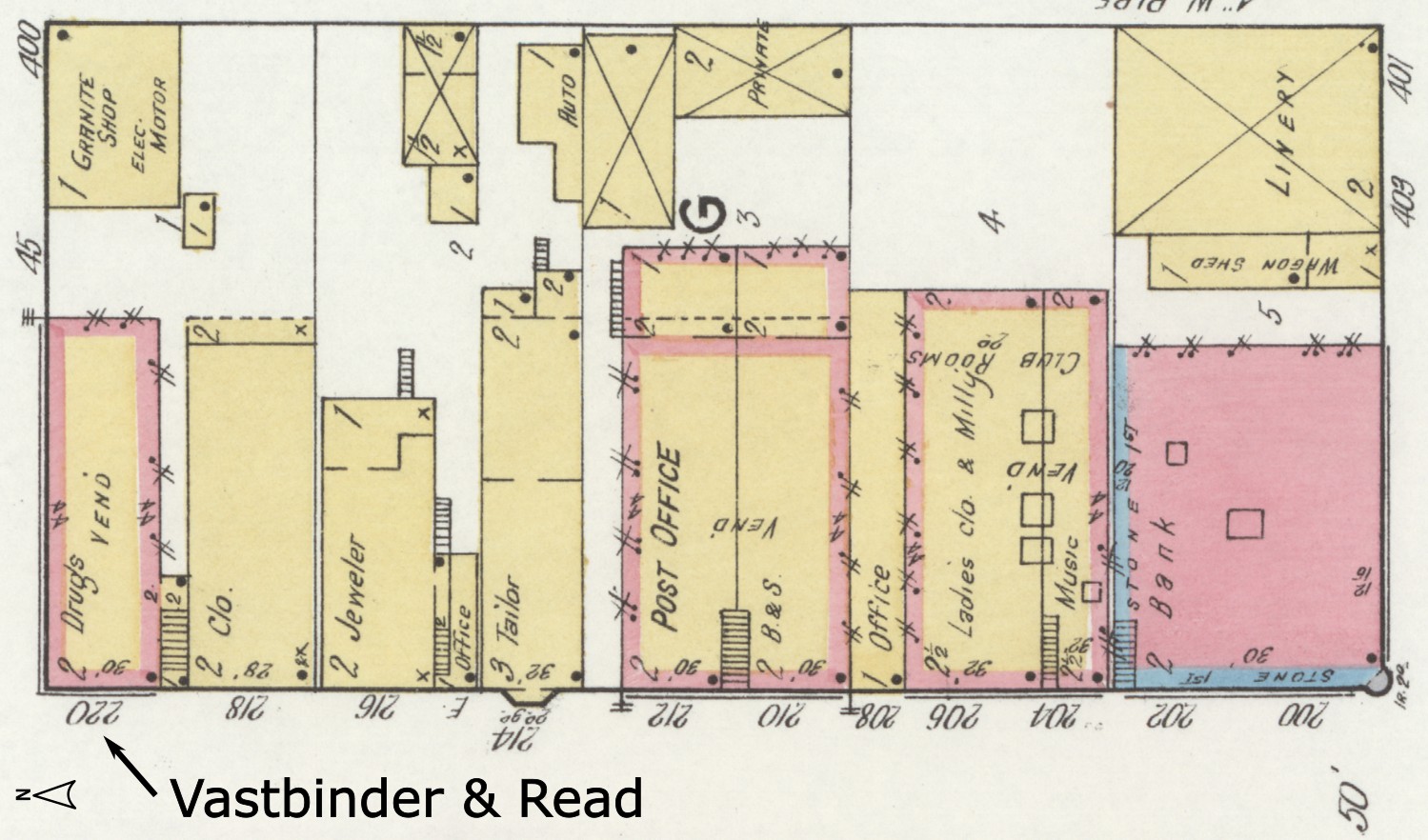 An article from Apr 1910 declared their confidence in the Rexall brand: (10)

The Vastbinder & Read Drug Co. have a firmly established reputation for square dealing and sterling honesty. When they told the people that Rexall Remedies are the purest and most dependable medicines that it is possible for modern science to produce and that they would tell the public what each one of these 300 or more remedies contained, and that they sold Rexall Remedies on their personal guarantee that they would give entire satisfaction or they would not cost the user a single cent, they were believed.

Their two bottles do not have maker's marks, but they have a shape that was popular in the early 1900s, including the easy-pour shoulder. Thus, they probably date to 1905-1910. 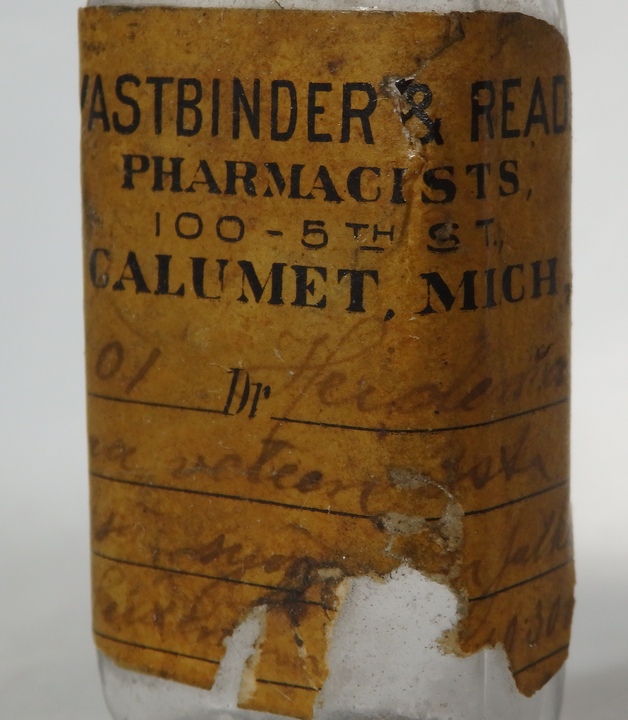