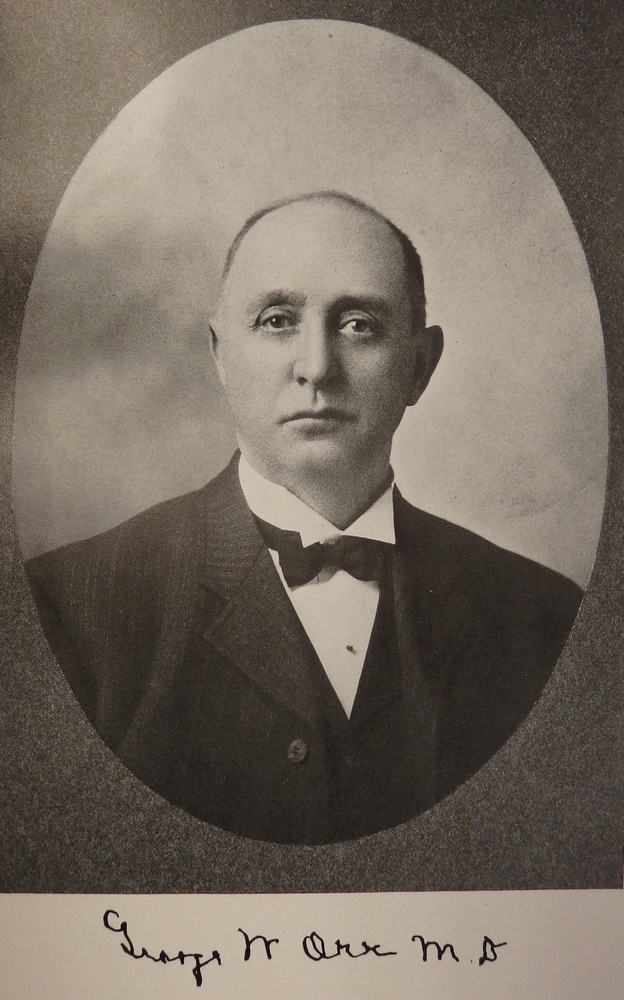 Dr. G. W. Orr left us with one known pharmacy bottle in just one size. He spent most of his career as the physician-in-charge at the Lake Superior General Hospital in Lake Linden. But prior to the hospital, he apparently ran a drug store.

George William Orr was born in Walled Lake, MI on 18 Feb 1847 to parents who were born in Wyoming, Pennsylvania (1). He completed a degree in medicine from the University of Michigan in 1877, and then practiced for two years out of his own office in Pontiac, MI while also being the city physician (2). In the summer of 1879, he moved to Keweenaw County and worked as the physician and surgeon for the Central Mining Company until June 1885 (2). He then moved to Lake Linden and established his own practice (2). In 1889, he worked as the physician and surgeon for the Tamarack and Osceola Mills (2). In 1895, he built the Lake Superior General Hospital (2). In Feb 1897, the newspaper announced that the Lake Superior School for Nursing would soon be opening (9). It was established by local physicians and surgeons, including Dr. Orr, who served as secretary and treasurer (9). In 1911, Sawyer (2) praised Orr by stating:

In no other light than as a benefactor to humanity can be viewed Dr. George W. Orr, for the state is indebted to his efforts for the beautiful and commodious Lake Superior General Hospital...His judgment, executive ability and general efficiency make him an ornament to the profession.

The 1895 Polk directory listed Orr as the physician-in-charge of the Lake Linden Hospital on Calumet St. in Lake Linden with his residence being the same (3). The 1897 directory described the location of the Lake Superior General Hospital and Training School for Nurses as being on the southwest corner of Calumet St. and Beeley St. (4). (Beeley St. is now 11th St.) This area of Lake Linden was not surveyed by the Sanborn maps until 1917. 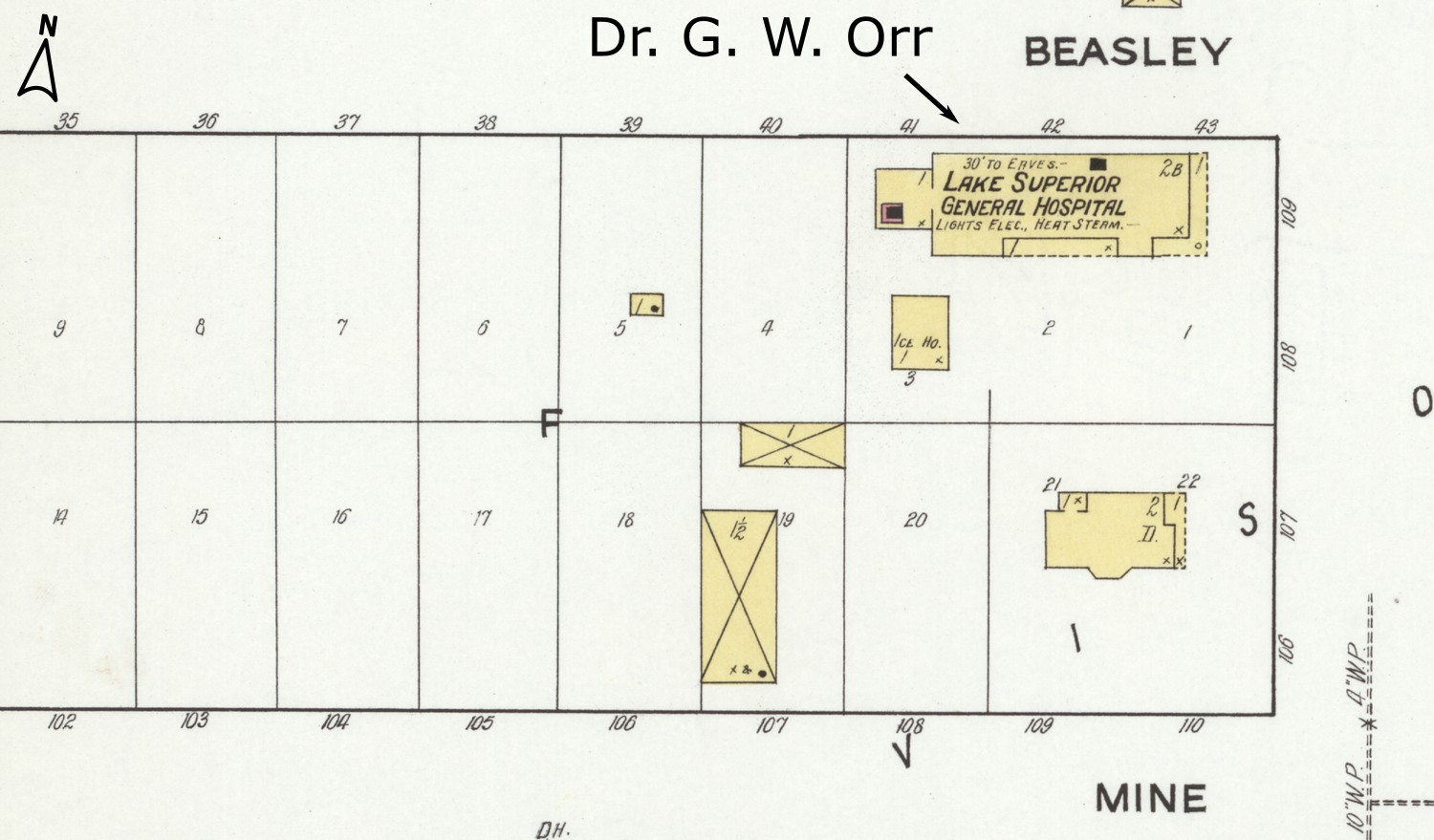 It seems that Orr remained at the hospital for the remainder of his career, up until his death. He was still listed as the physician-in-charge in the 1916 directory (5), and as a physician in the 1921 directory (6). He then died on 23 Jan 1922 at the age of 74 and was buried in Maple Hill Cemetery, Lake Linden (1).

So, when did Orr have a drug store? The Polk directories only listed him as a physician, not a druggist (11), so we turn to the newspaper for information. His drug store lasted for only a year during the time he was in private practice. In Oct 1887, he moved his office to the upstairs rooms in the Kettenbeil Block next to Hennes store on Calumet St. (13). It was then announced that he would be opening a drug store on Oct 1, 1888 in the Kettenbeil Block (14). The drug store was in the charge of J. Croley, an experienced and reliable druggist formerly of Lapeer City (15). In Aug 1889, Jere Croley left the store with the intent of returning to lower Michigan, and Adolph Ruhl Jr. succeeded him (12). Then, in the same month, the entire stock, counters, and fixtures of the drug store were sold to Shelden Bros. & Co. in Houghton, and they also secured Orr's prescription clerk, Adolph J. Ruhl of Hancock (10).

Orr's bottle has the maker's mark of an S in a diamond, which was probably used by Swindell Bros. and/or Chicago Glass Mfg. Co. (7,8). The uncertainty of this mark's attribution and the wide date range for Swindell Bros. do not provide much clarity on dating Orr's bottle. The bottle shape is called the Baltimore Oval. The three other Copper Country bottles with this shape date to the late 1880s to early 1890s. Thus, Orr's bottle fits within the time frame of him being in private practice.