With just one bottle, the drug store of Carl G. Printz appears to have been short-lived, but in fact, it lasted for six years. This one bottle has a Chicago Oval shape, which dates to the late 1880s-1890s, placing it among the earliest embossed pharmacy bottles from the Copper Country.

His ad indicated that his drug store was called Lion Pharmacy, which the bottle states with a pictorial lion. Because of limited archived issues of the Michigan Copper Journal, which became the Semi-Weekly Copper Journal, we know his recurring ad ran from at least May 1891 to Dec 1893, but we do not know when it started or ended.

The 1895 Polk directory described the location of the bank as being on the northwest corner of Quincy St. and Reservation St. (8). In 1893, Printz had the company of three other druggists on Quincy St.: Dr. Patrick H. Gallagher, George H. Nichols, and Archibald. J. Scott (4,6). 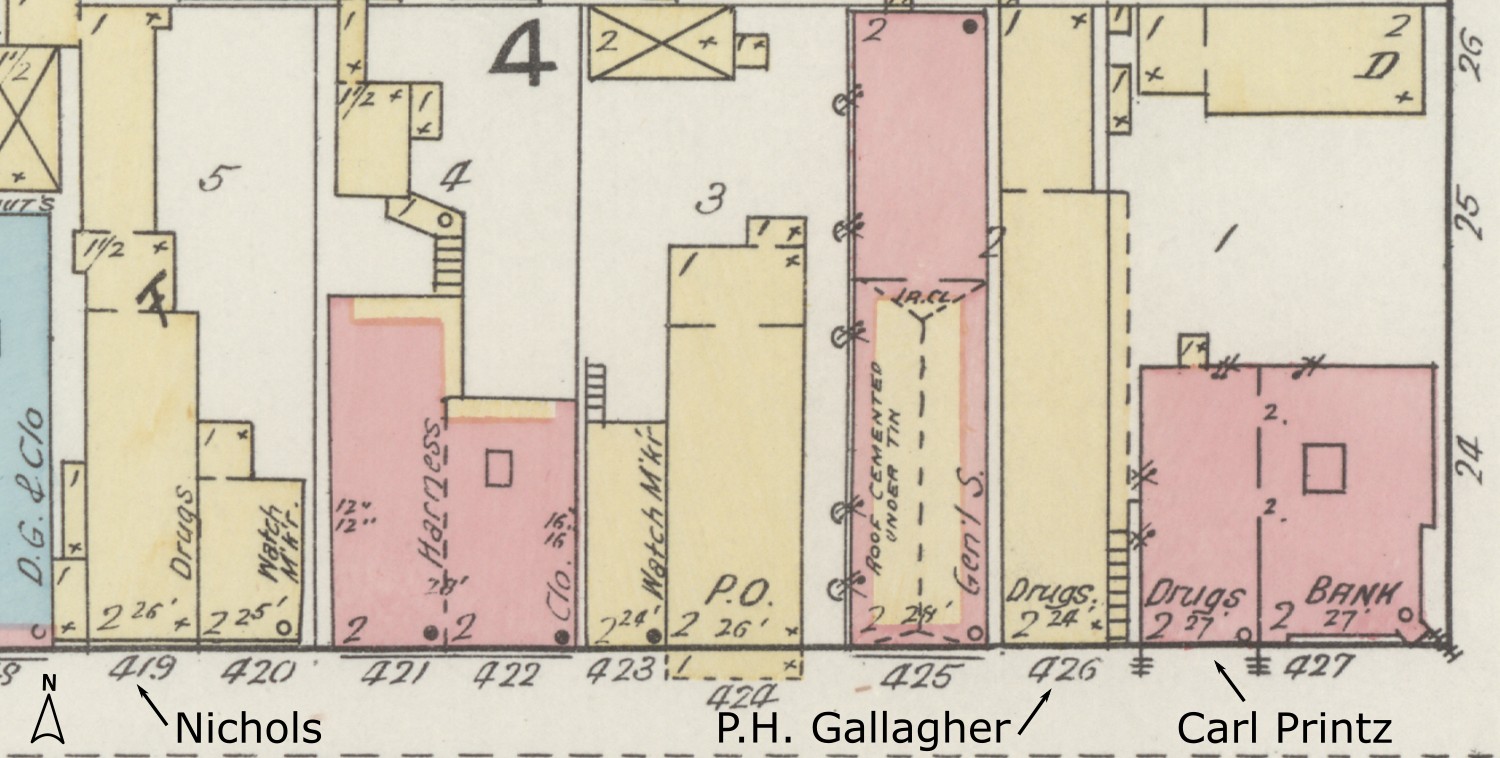 In Sep 1891, Printz left for Chicago to attend Rush Medical College so he could practice as a physician (9,12). He was expected to graduate in Spring 1893 (14), but we only found him continuing as a druggist. While spending the winters in Chicago (14), someone must have been operating the store. Alfred Sodergren was the prescription clerk for several months, but then left for Ishpeming on 18 May 1892 (18). In Jun 1892, Printz procured George Ramsell as prescription clerk (19), a former proprietor of the Eagle Drug Store in Red Jacket (20). The store was closed on 12 Jul 1893 by chattel mortgage foreclosure (21). In Aug 1893, Printz accepted a position with Dr. Dodge (22), but it was short-lived, since an ad from 23 Aug 1893 stated that the store was renovated and reopened.

Printz started his drug store in 1888 and closed it in 1894. After his time in Hancock, he moved to Astoria, Oregon (15), where, in Nov 1894, he was one of the incorporators of the Printz-Crain Drug Company (16). He then moved to San Fransisco and was licensed by the California Board of Pharmacy in Oct 1895 (6). He continued to be a druggist in San Francisco, but then died on 07 Jan 1900, with the cause being listed as suicide by hydrocyanic acid poisoning (7).