In the early 1900s, business was booming as the mining industry was reaching its peak production years (6) and Houghton Country was nearing its peak population of over 88,000 (5). So even though there were two well-established breweries in Houghton, the A. Haas Brewing Co. and the Scheuermann Branch of the Bosch Brewing Co., it would seem there was room for one more. The Park Brewing Co. was incorporated in May 1906 with $150,000 capital and intent to build a new brewery in Houghton (1) at the Haas Park (13). Perhaps, this is how it got its name. But it turns out, the brewery was built in Hancock instead, for an approximate cost of $186,000 (3). The Sanborn map shows that the brewery was located on the corner of E. Atlantic St. and Emma St., adjacent to what is now McAfee Field. 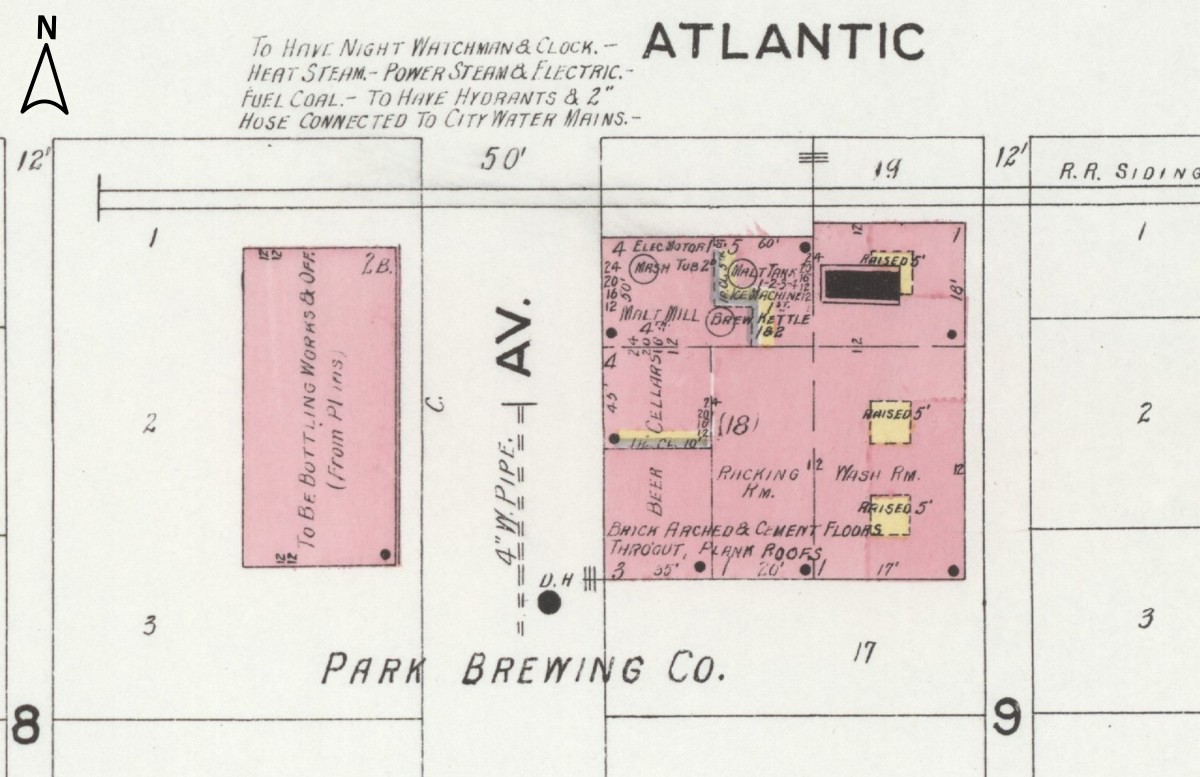 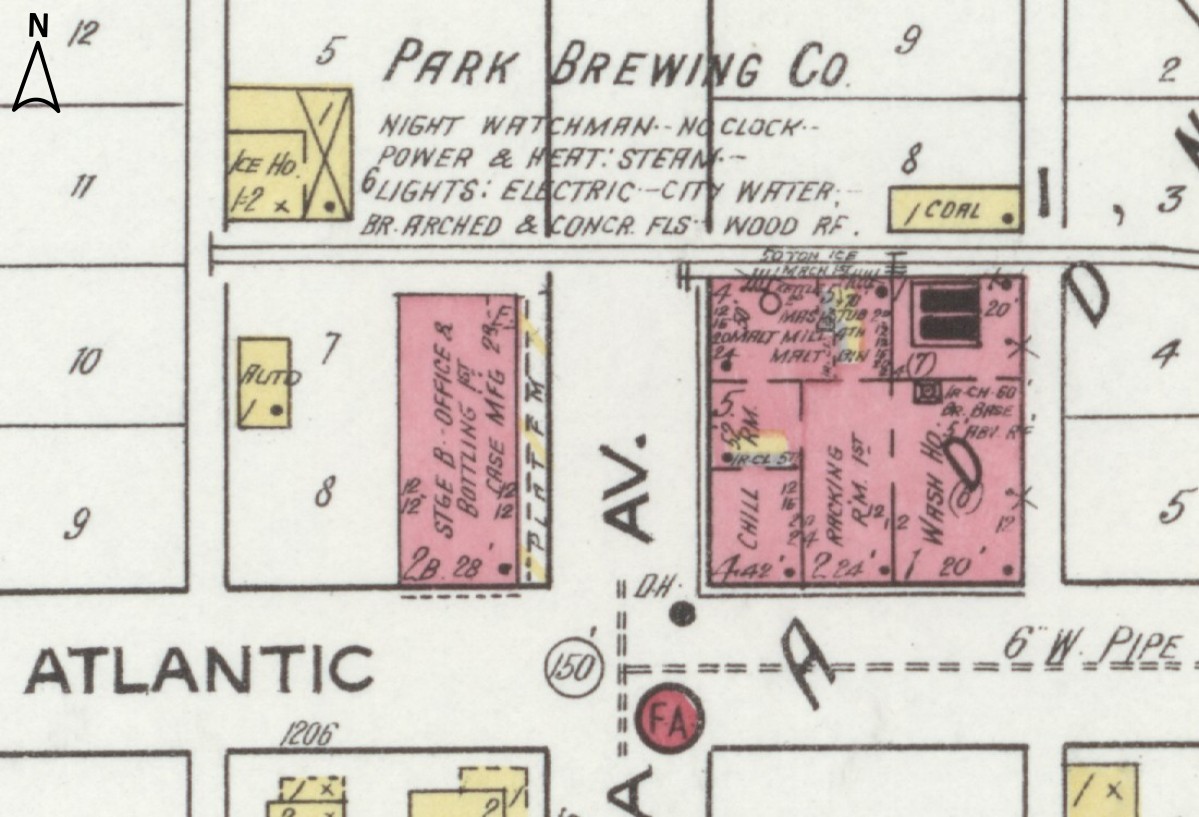 Beer production apparently started in 1907, as in Nov 1907, Baraga Country received its first shipment of beer (2). Their beer was called Park Brew. The Sanborn map indicated that the bottling house was not completed in Nov 1907, so perhaps bottling started at a later date. Most of the bottles were made by American Bottle Co. and exhibit 1908 as the earliest date code. Two bottles had a different maker, one from Root Glass Co. and one from North Baltimore Bottle Glass Co. These makers did not have date codes, but based on their bottles being embossed PARK BREWING CO. instead of THE PARK BREWING CO., they probably pre-date the American Bottle Co. bottles. Thus, the brewery was certainly bottling by 1908 and may have started in late 1907. The bottles also indicate that the company embraced the latest bottle closure at the time, namely the crown cap, since all their bottles used this closure. Other brewers were still using the older Baltimore Loop Seal on some of their bottles. 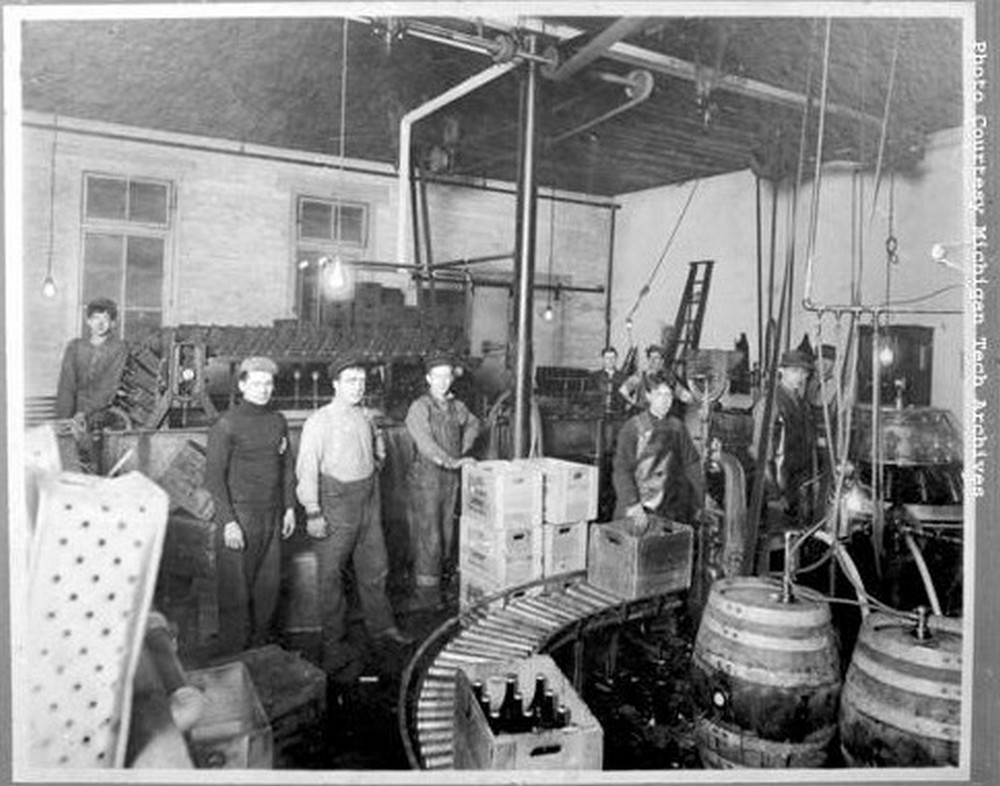 A. J. Scott, who had a drug store in Hancock (see Scott's Drug Store), was the founder (7) and served as president until 1911 (7,9). The company had 100 stockholders in 1908, nearly all being Copper Country residents (3). Business was well established in Baraga County by 1908 and a site was selected to erect a refrigerator and storehouse to more satisfactorily service local dealers (10). The storehouse was later sold in 1914 and became a storehouse for flour, feed, and grain (11). By 1910, the brewery had 31 employees (14). In 1913, 20 unionized employees went on strike with the following demands: employ only union men, a 9-hour work day and a 6-day work week, time-and-a-half overtime pay, higher wages, and no hiring based on a saloonkeeper's recommendation (12). With the support of striking copper miners, the workers got their demands and went back to work (7).

Some of the bottles are embossed, THE PARK, while others have just PARK. Because both of these designs extent into the ABM period, the difference does not seem to reflect different time periods. It is likely that the aqua bottles contained a special brand of beer, like it did for other breweries, but we have yet to identify the brand for them. Despite having features of newer bottles, the Park Brewing Co. bottles represent a critical period of Copper Country history, marked by a rise in stock corporations, labor disputes, strikes, and a subsequent decline of copper production. 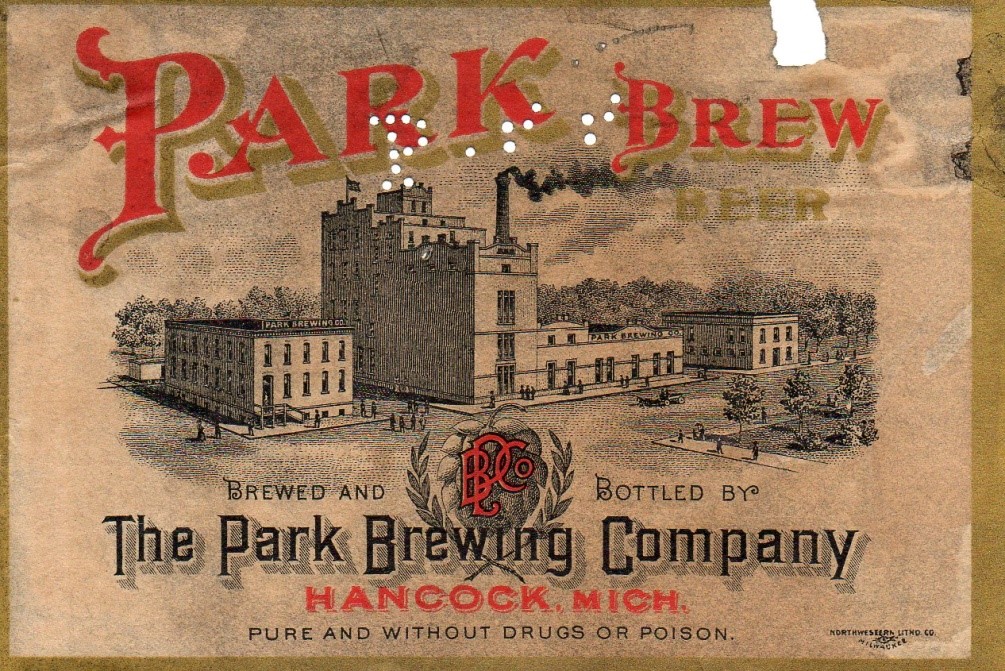 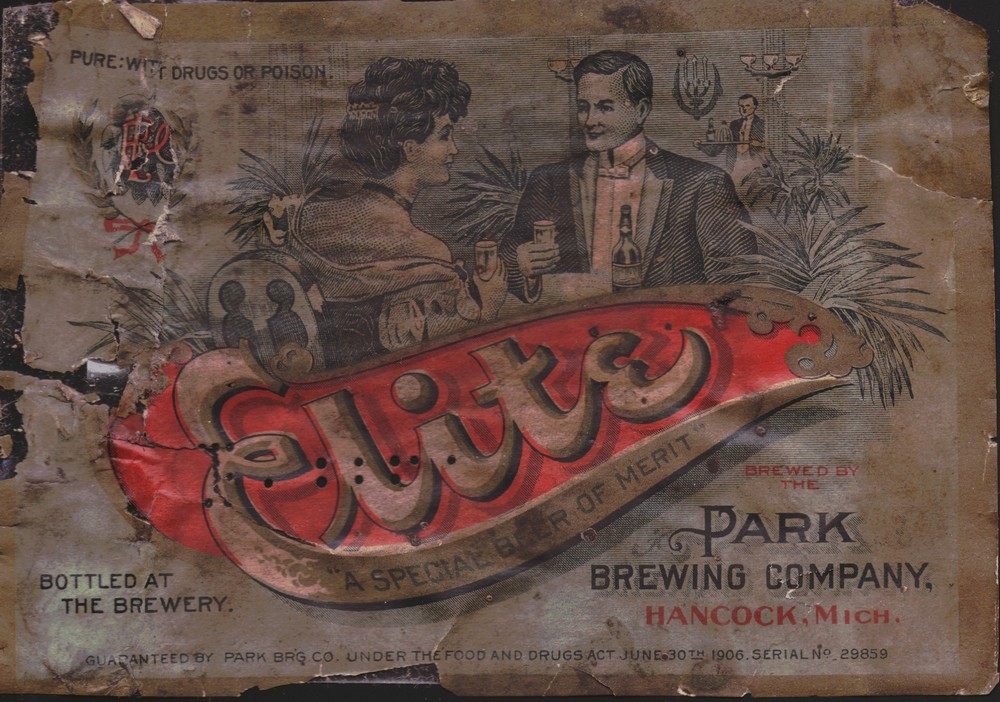